Pittsburgh Rabbi Getting Sued For Allegedly Severing A Newborn's Penis 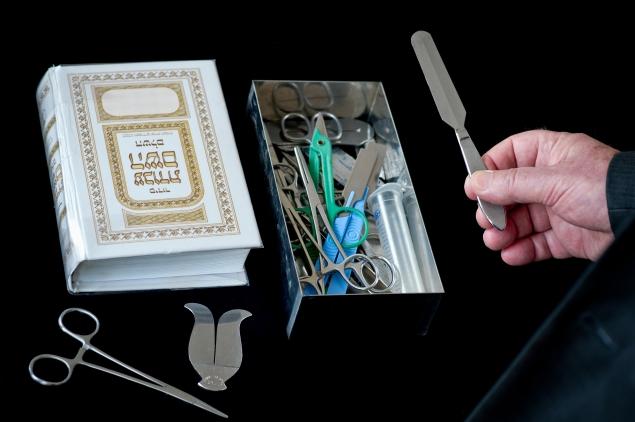 A Pittsburgh rabbi is getting sued for allegedly severing a newborn boy's penis during a botched bris.

Rabbi Mordechai Rosenberg slipped up while performing the Jewish circumcision ritual about eight months ago at Tree of Life Synagogue in Pittsburgh, according to the lawsuit.

Despite the tragic accident, the rabbi told KDKA that he still performs circumcisions.

Immediately after losing his penis, the 8-day-old baby was rushed to the Children's Hospital of Pittsburgh.

Doctors managed to reattach the severed body part during a risky 8-hour microsurgery that required six blood transfusions. The baby was hospitalized for the nearly two months but it is unclear if he will make a full recovery, according to local reports.

But the slip-up could have easily condemned the baby to a life without a penis.

"Sometimes, it doesn't always work," plastic surgeon Joe Losee said to KDKA. "When you're reattaching a portion where you include nerves, sometimes the nerves don't heal well beyond where you reattached it. So there are limitations for sure."

The American Board of Ritual Circumcision recognizes Rabbi Rosenberg as a certified mohel, a Jewish person who upholds the tenets of the Jewish religion and is trained to perform the bris, according to his website.

"A doctor's medical circumcision, usually performed in the hospital on the second or third day after birth, does not fulfill the requirements of a Bris Milah and is not considered valid according to Jewish law," his site reads.