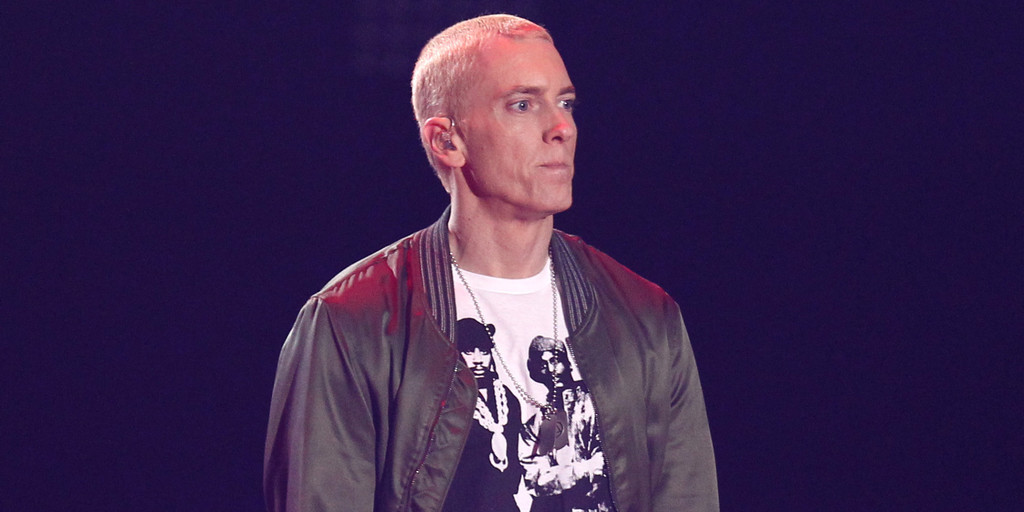 The double-disc album is being released to mark the label’s 15th anniversary, so it has a ways to go before it catches up with Dodge 100th anniversary celebration. The first disc has both solo releases from Eminem as well as 15 additional songs from other artists including Slaughterhouse, Bad Meets Evil, D12 and Yelawolf. The second disc is full of the label’s greatest hits including the likes of Obie Trice, 50 Cent, Ca$his and Stat Quo.

This isn’t the first time that Eminem has teamed up with the folks at Chrysler, having previously worked with them for a commercial three years ago to promote the 2011 Chrysler 200. The whole thing was filmed in Detroit, promoting not just a car, but the Motor City. It aired during the third quarter of the Super Bowl with great success.

Eminem is promoting a very different car this time around, one that fits in with a rapper’s bad boy image. No news on whether this is a one-off spot or if we’ll be seeing more from Eminem and the Charger Hellcat.