New York – Microsoft agreed to purchase SMS Audio for $6.7 billion. This deal, should it be approved, will combine the two technology tycoons, forming “one of the largest audio companies of the century,” says founder Curtis Jackson, or 50 Cent.
​Analysts agree that this consolidation will make SMS a more formidable competitor to long-time rival Beats Electronics, artist Dr. Dre’s corporation.
​“It isn’t just about reaching more people- it’s about growing as a company,” says Microsoft CEO Satya Nadella.
​SMS Audio shareholders will be offered one Microsoft (MSFT) share for each share that they own, valuing the audio company at currently $48.68 per share.
​On a call with reporters on Friday, Microsoft executives projected $1.4 billion in operating efficiencies as a result of the deal.
​“To really compete with Apple and Intel, SMS needs a partner large enough to rival both companies.”
​The two companies expect the merger to take effect by March 2015 and anticipate approval of the deal within the next month. 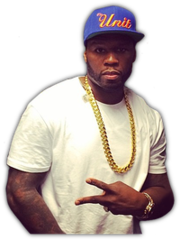