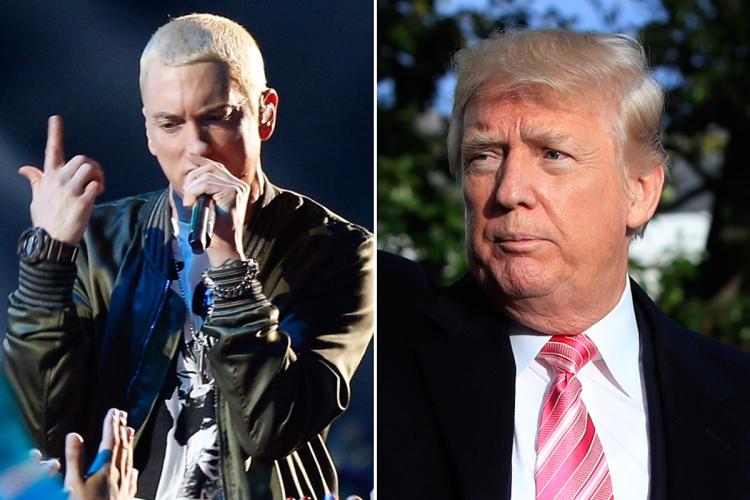 Eminem may be jealous of LaVar Ball.

The rapper said last week that he’s still waiting for President Trump to respond to his freestyle rap at the 2017 BET Awards.

"I was and still am extremely angry. I can’t stand that motherf---er,” Eminem said on Sirius XM’s Shade 45.

“I feel like he’s not paying attention to me. I was kind of waiting for him to say something and for some reason, he didn’t say anything.”

The Michigan rapper blasted the President in a prerecorded video at the BET Hip Hop Awards in October.

“We better give Obama props ’cause what we got in office now’s a kamikaze that’ll probably cause a nuclear holocaust and while the drama pops and he waits for s--t to quiet down, he’ll just cast his plane up and fly around ’til the bombing stops,” he freestyled.

“Intensity’s heightened, tensions are rising, Trump, when it comes to giving a s--t, you’re stingy as I am. Except when it comes to having the balls to go against me, you hide ’em. ’Cause you don’t got the f--king nuts, like an empty asylum.”

While Trump never responded to Slim Shady, he hasn’t shied away from celebrity battles, including starting Twitter wars with, among others, Ball, Rosie O’Donnell and Marshawn Lynch.