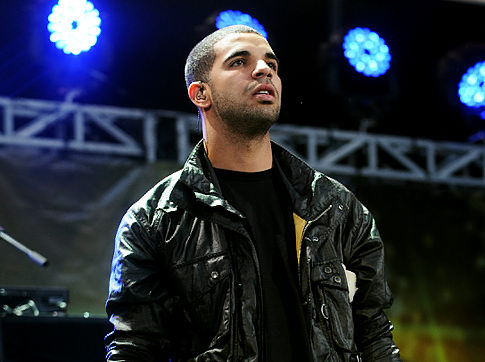 With less than a week before his sophomore LP, Take Care is officially released, Drake is one a promotional run. The “Headlines” rapper recently chopped it up with GQ magazine and Billboard.com – who both released Q&A's with the Aubrey today – and talked about his boss' beef and having creative control over his career.

GQ: When Lil Wayne and Jay-Z made passing references to each other earlier this year, did you feel like you were in a compromising situation? We know you really look up to Jay and you really look up to Wayne.
Drake: I'm just riding with Wayne, always. I'll never sit here and say that Wayne compromised me. I'm just doing what I got do. I'm a Cash Money soldier. That's who I ride for.

GQ: Do you think it was blown out of proportion?
Drake: I mean, not really. I think it was pretty clear-cut. I think anybody denying anything at this point is silly. And I've said that before for either of them to say, “Oh, no man, I didn't mean it,” it's like, “Yes you did, man”. But it's all good, it's what rap is about. It's a competitive business.

GQ: You appeared on Wayne's “ It's Good,” which made reference to Jay. Would you have gotten on “H.A.M.” with Jay-Z, where he made the initial reference?

Drake: If I had heard it? No. Because Wayne's done way more for my career than Jay-Z. Wayne is the reason I'm here. Jay-Z did that for Cole, that's his artist. Cole's my brother, he's an artist I respect so much but I know he'd say the same thing. We've got bosses. We're just falling in line, doing what we got to do.

Billboard: Before you signed to Young Money/Cash Money/Universal, there was talk about whether you'd go major — without a major deal.

Drake: I'm happy with my choices. To go indie is a thing. But to put an album in the stores, you need a distribution label. And to me, automatically, that's not indie, you're still using assistance from a label, which is what we're doing. If that's indie, then being signed to Young Money is indie because I don't even talk to Universal.

They have no say in anything I do — when I release, when I push back, what videos I drop, what I have in my videos, who I am as an artist, what choices I make, what talk shows I do — nothing. And to be honest, my choices were solely based off the fact that Lil Wayne had put himself so far out there for me before anybody believed.

My one goal in signing my deal was to make sure he could benefit from it. That was me being loyal. That's why my deal is structured the way it is. If I could've found a way where he would've benefited off of an indie deal or we could have done something different, then yeah, maybe I would've done something different. But the way it's worked out, I feel like he's proud and he's happy, and that's all that matters to me.

I'm not going to say they don't have genius ideas that assist with careers. I'm not going to say that you don't potentially strain relationships because DJs don't feel as connected to me because I release all my music through my website or whatever. Well, fuck it, that's the way I like to do it. And I feel like our brand . . . it can only grow upward.