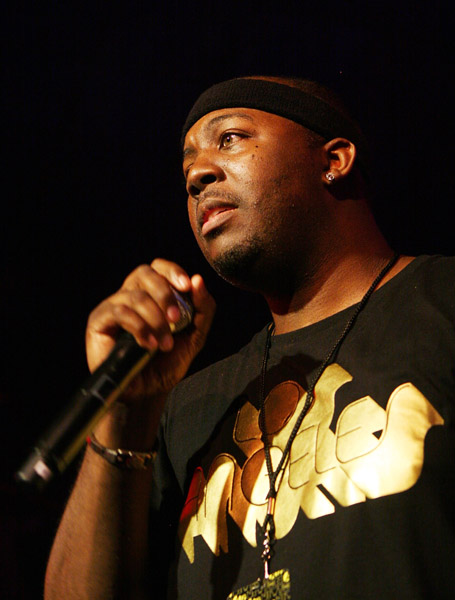 According to a tweet from DJ scratch, Erick Sermon, one-half of the legendary New York City duo EPMD, has suffered a heart attack. Details are sketchy at this point, but Scratch's message suggests Sermon's condition is not life-threatening.

"Erick Sermon had a heart attack today," Scratch wrote. "He's ok, but still send your prayers. He is not on Twitter."

Also known as 'Funklord,' 'E Double,' 'The Green-Eyed Bandit' and MC Grand Royal, Sermon got his start in the mid-'80s, when he teamed with rhymer Parrish Smith to form EPMD, short for "Erick and Parrish Making Dollars."

EPMD did just that with its 1987 single 'It's My Thing,' selling 500,000 copies, according to AllMusic. The duo scored a number of other hits before breaking up in 1993, and Sermon spent the remainder of the decade building a solid solo career, releasing records under his own name and producing tracks for everyone from b-baller Shaquille O'Neal to En Vogue.