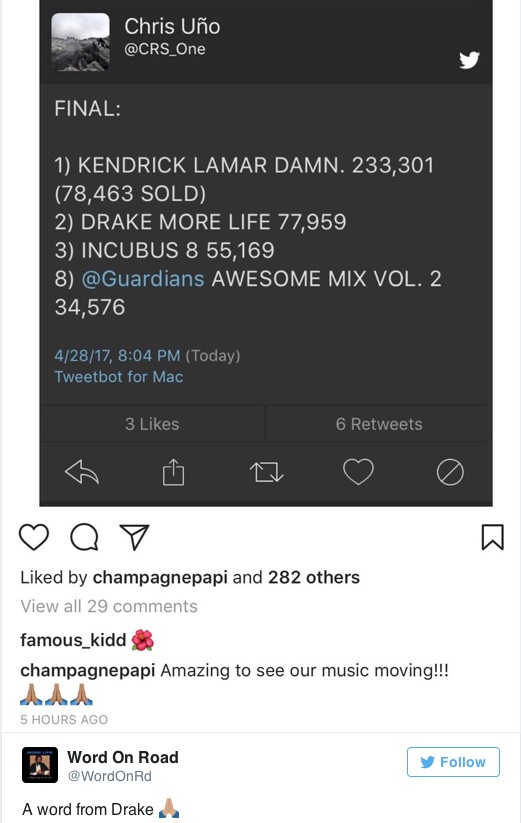 DAMN. had the highest first week of sales in music so far this year, moving a total of 603,000 copies first week. His second-week sales look to be around 233k, bringing him that much closer to going platinum. He beat out Drake’s More Life, which sold 505,000 in its first week. 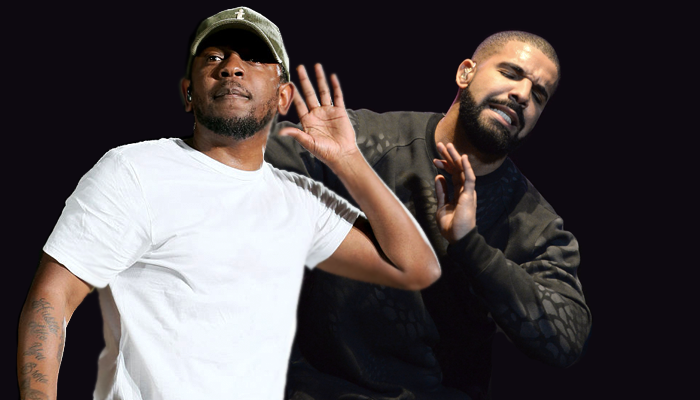 Many want to pit Drake and Kendrick against each other as two of hip-hop’s top dogs, with some even reaching to find subliminals towards each other in their lyrics. But in Kendrick’s recent Zane Lowe interview, he said they don’t mention other rappers when they’re recording in the studio, and judging by Drake’s comment, he doesn’t feel any way about K. Dot selling 100,000 more copies than More Life did first week. (To be fair, Kendrick did have two more days worth of sales, since Drake’s “playlist” dropped on a Saturday night.)