In the photos, Drake is hugging JLo as she lays down on his lap with her eyes closed — she’s also sporting a giant diamond ring on her wedding finger, but it’s doubtful it is an engagement ring for the likely new couple.

“They are seeing each other,” a source confirmed to E! News, noting that they may not be exclusive, but Drake is “really into” Lopez.

“They have great chemistry,” the source told E! 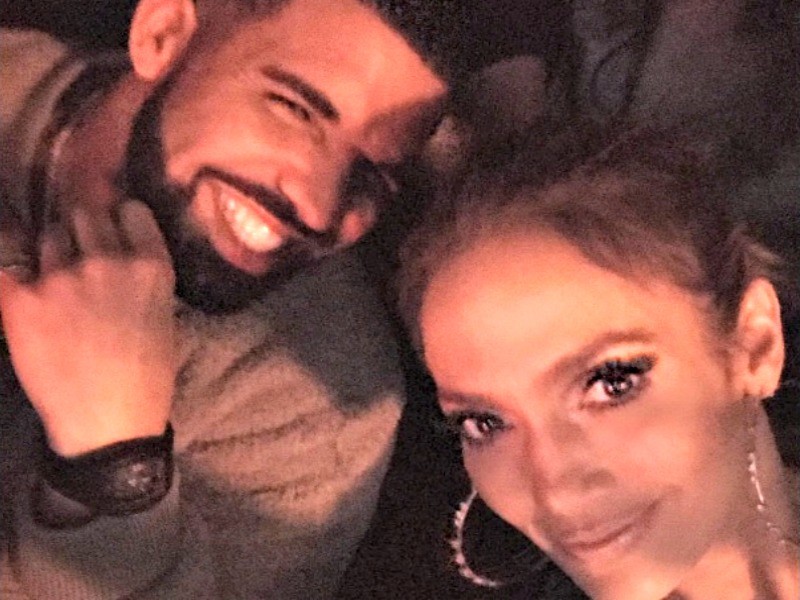 The pair of loving photos comes less than a month after Drake, 30, posted a different Instagram with the “Jenny from the Block” singer complete with a hearts of eyes emoji and an arrow pointing to it with the words “lotta those.”

The 45-year-old songstress and the Grammy-winning “Fake Love” rapper have yet to publicly confirm any relationship.

Lopez made headlines at the Latin Grammy Awards this year after she smooched her ex-husband Marc Anthony in front of a live audience. She split from her backup dancer beau Casper Smart in August after first being linked together back in 2011.

Rihanna unfollowed both Drake and JLo on social media this week leading fans to wonder if it's because her once-friend Lopez is linked to her ex, according to E! News.