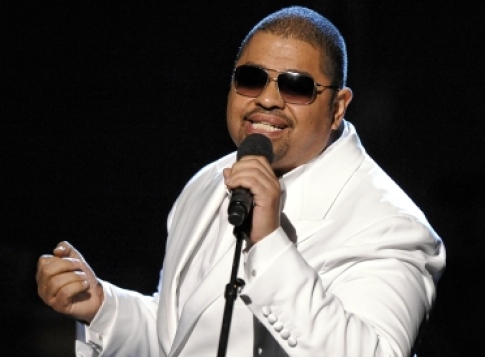 Rap legend Heavy D will be laid to rest in New York next Friday following a public viewing and wake at a Mount Vernon church the day before, a church official said.

The viewing on Nov. 17 will be held at Grace Baptist Church in Mount Vernon from noon to 7 p.m. A wake will immediately follow, ending at 8 p.m., the church official told the Daily News.

The next day, family and friends will gather at an invitation-only funeral service at the century-old church.

Sean (Diddy) Combs, Mary J. Blige and the Wayans brothers are among the celebrities invited to attend the private service Friday, TMZ.com reported.

“They’re all devastated. His sister is having a hard time. She says it’s not true, that it didn’t happen,” said a close family friend, Eda Phillips, 79, who is the mother of rapper Pete Rock.

“It’s just terrible. I’m going up to see his mother now. This is the third son she has lost.”

Heavy D, whose real name was Dwight Arrington Myers, was returning from a shopping trip Tuesday morning when he experienced difficulty breathing and collapsed in an exterior hallway of his Beverly Hills condo building, police said.

He was conscious and talking when first responders arrived, but died about 90 minutes later at Cedars Sinai Medical Center in Los Angeles.

“He had gone to the doctor the day before,” Ed Winter, assistant chief of the Los Angeles County Coroner’s office, told The News. “He had what appeared to be flu-like symptoms.”

Investigators completed an autopsy Wednesday morning, but declined to give a preliminary cause of death until toxicology tests have been completed; the tests could take six weeks.

“He was taking medication, so we want to see what the levels were,” Winter said.

The Westchester County-bred musician weighed 344 pounds at the time of his death at age 44, Winter said.

“He had a touch of pneumonia, maybe from traveling. He just got back from England,” cousin Ruddy Phillips, 50, told The News after speaking with the entertainer's dad.

Born in Jamaica and raised in Mount Vernon, Heavy D rose to stardom in the 1990s as the frontman for Heavy D & the Boyz, a group that recorded such early hip-hop hits as “Now That We Found Love” and “Nuttin But Love.”