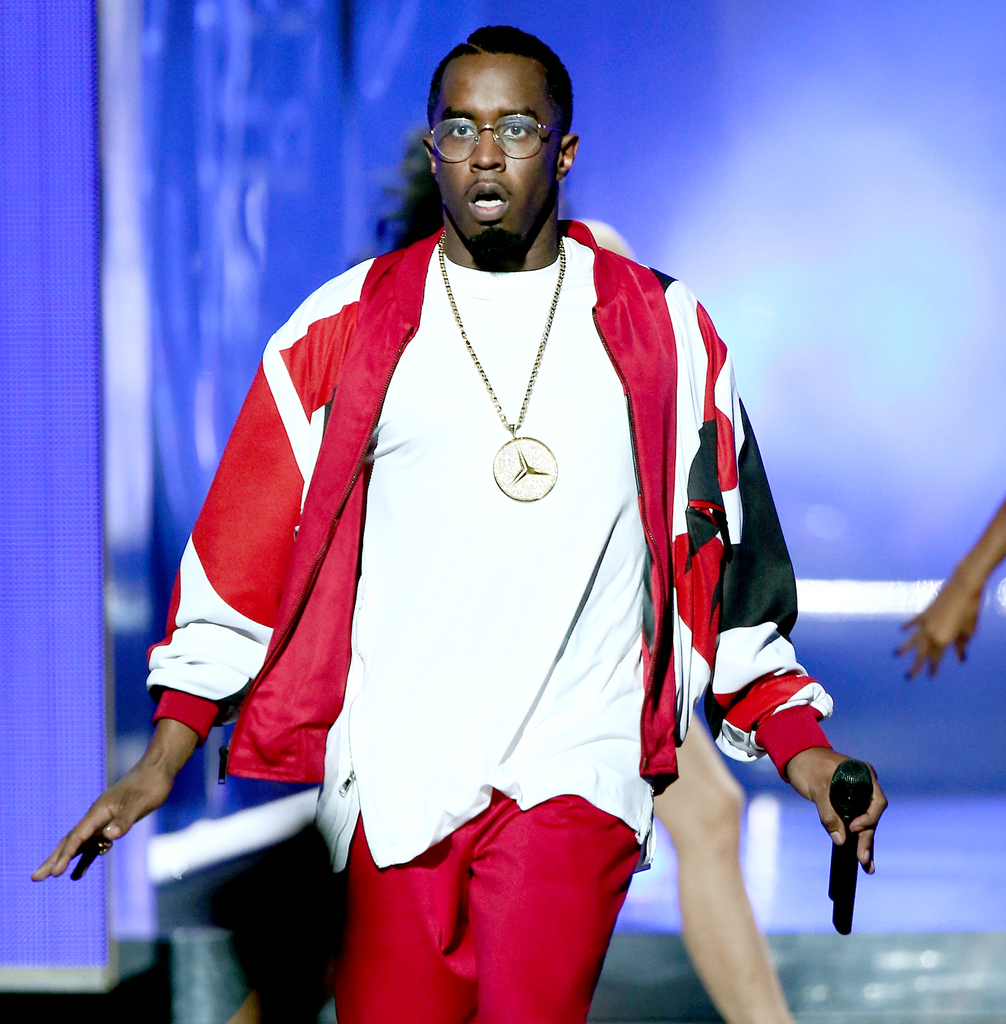 The hip hop star briefly dropped out of sight as he walked towards the back of the stage, dropping into a hole that was used by Lil’ Kim to make her entrance. He soon recovers, with fans offering a helping hand.


The mishap happened as Lil’ Kim, Mase, Faith Evans, 112 and the Lox joined Diddy to perform a medley of past hits. A video montage of rap king Notorious BIG played in the background as his verse from Mo Money Mo Problems played. Anderson sported a suit similar to Smith’s taste and rocked a wig that mirrored the British singer’s hairstyle.

“Sam Smith isn’t here tonight because he’s white and he didn’t think he would win at the BET Awards,” Anderson said as the audience at the Microsoft Theater in Los Angeles burst into laughter. “He didn’t think he could win. But we showed him that we love him, too.”

“This award is going to stay with me for you not showing up to BET,” Anderson sang, referencing Smith’s ubiquitous hit Stay With Me.

The show Sunday brought a mix of funny and serious moments. Rapping on top of a police car with a large American flag waving behind him, hip-hop prince Kendrick Lamar kicked off the BET awards with a dose of seriousness, but also brought a fiery energy thanks to his charisma and his song’s beat.

Members in the audience rapped along to Alright, while background dancers danced in the aisles and others onstage wore black and waved the American flag behind Lamar. He later won best male hip-hop artist.

“This is for Compton, this is for Watts,” the Los Angeles-born rapper said.

Janelle Monae and Jidenna also brought a serious vibe to the stage when they performed Classic Man: The singers and their background dancers wore large “I’m a Classic Man” signs around their necks, a reference to the historic “I Am a Man” civil rights era protest signs.

“Is white really the new black,” Anderson sang as two photos of Dolezal – one old, the other recent – appeared on screen.

Rihanna was among the A-listers who sat in the audience, and she sang along during Omarion and Chris Brown’s performance of the pop hit, Post to Be. Alicia Keys surprised the audience when she joined The Weeknd to sing his hit, Earned It.

Smokey Robinson received the Lifetime Achievement Award, performed a medley of his hits and earned a standing ovation from the audience when he spoke about Hollywood and humility. Ne-Yo, Thicke and rising singer Tori Kelly paid tribute to the icon.

Nicki Minaj, who won her sixth consecutive best female hip-hop artist award, brought her mother onstage. She gave a shout-out to fellow nominee and rising rapper DeJ Loaf, as well as her rapper-boyfriend Meek Mill, who sat next to her at the show (and she later joined him onstage for his performance).

“Momma, I want to thank you from the bottom of my heart for everything you’ve done for me. I love you so much,” she said. “Shout-out to all the girls nominated ... DeJ Loaf ... you’ve been very, very interesting to me and super forward.”

“To the Empire!” he yelled three times. “I got to thank Taraji P Henson because she stood up for a brother.”

Minaj and Brown, who have won a handful of BET awards over the years, were the top nominees with six each. Brown was nominated twice for video of the year with his hits Loyal and New Flame. Other nominees for the top prize included Minaj’s eye-popping video for Anaconda, Beyonce’s 7/11, Big Sean’s IDFWU and Common and John Legend’s Oscar-winning Glory, from the film Selma.

The BET Awards is celebrating its 15th anniversary.