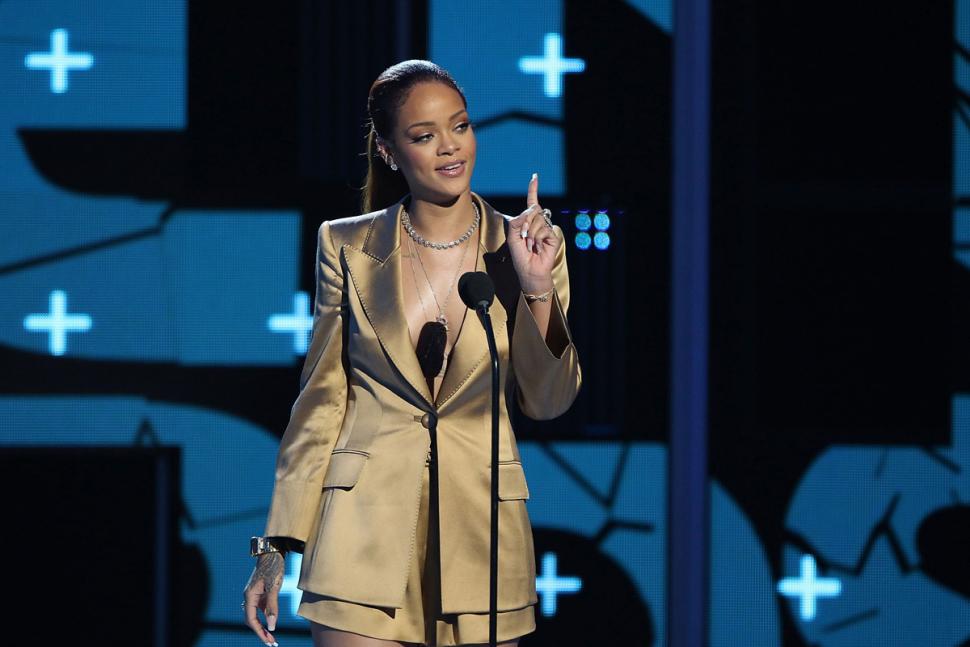 Rihanna's BET Awards antics upstaged most of the performing artists without her having to sing a single note. In fact, she deserves an Academy Award for her acting skills.

The 27-year-old singer was caught on camera having what appeared to be an intense disagreement with the network's president of programming, Stephen Hill. As their debate intensified, Rihanna raised a stack of cash and threw it at his face before walking onstage to introduce a sneak peek from her new music video for "B--h Better Have My Money." RiRi's fans quickly applauded her for taking action although they knew nothing about what actually went down.

"Did Rihanna just flip out on homeboy?" one viewer tweeted.

Another wrote: "Lip reading experts have confirmed to me Rihanna told Stephen Hill 'But why? That's why the f--k I don't come to BET.'"

Their reactions only confirmed a job well done by the Barbadian singer.

"@stephengranthill thank you for a fun night in celebration of black music!!" she later captioned a photo of Hill smiling as she planted a big kiss on his cheek.

The "FourFiveSeconds" singer proved she could take on any man at the awards show Sunday night, even a welterweight champion.

Sitting beside Floyd Mayweather, Rihanna drew the crowd's attention because of a roll of duct tape she had on her wrist.

With a closer look at Mayweather, viewers discovered the boxing champ had his wrists tied before the R&B bad girl went the extra mile and covered his mouth with said duct tape in an effort to silence him.

It was all in good fun as Mayweather played along, although it's unclear exactly why she pulled the stunt.

Some viewers made their own conclusions with one tweeting, "Rihanna planning on kidnapping Karrueche, that's why she got the duct tape #BETAwards2015."

Apparently Rihanna wanted to throw cash into the audience and was made because they told her she couldn't.

She was like wtf you mean I can't throw money …...