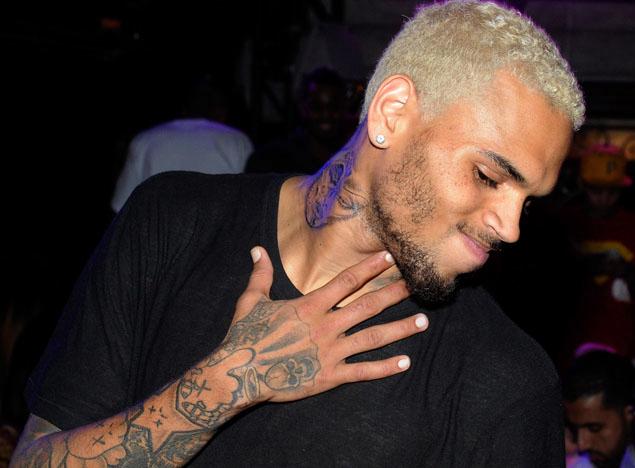 TAPPAHANNOCK, Va. — Chris Brown’s dad would rather his relationship with Rihanna not last “Forever.”

Speaking exclusively to the Daily News, Clinton Brown said he would prefer his hotheaded son stay away from the Barbadian bombshell who he infamously assaulted in 2009.

“I personally really didn’t want him and Rihanna back together,” said Clinton Brown, 48.

That’s certainly not the case with Rihanna and her boy toy.

Brown brutally beat the singer just before the Grammy Awards in 2009, nearly destroying his career. Nevertheless, Brown and Rihanna rekindled their romance late last year, much to the horror of pop fans the world over who were repulsed to see the successful, confident pop star forgive her abuser.

The drama has, predictably, been nonstop.

In January, Brown got into an altercation with the singer Frank Ocean over a parking space. In February, he wrecked his black Porsche while, he said, fleeing the paparazzi. Just two weeks ago Brown stood before a Virginia judge, accused of failing to complete community service required after assaulting Rihanna.

Clinton Brown worries the roller-coaster romance could fly off the rails and end in tragedy.

“I hate to use examples, but Michael Jackson, Whitney Houston and Amy Winehouse — I mean I could go on and on!”

Clinton said in his modest bungalow in the tiny town of Tappahannock, roughly an hour northeast of Richmond, Va. “Is that a given — that you can’t have fortune and fame without (death) being the end result?”

Clinton split from Brown’s mother, Joyce Hawkins, when Brown was 6. The dad remains a big presence in Brown’s life, though the only indicator of his son’s success is a shiny silver BMW parked in the driveway.

He conceded that he understands Brown’s attraction to the diva dubbed RiRi. The latter, he noted, is something they have in common.

“Sometimes you just need that person who will listen to you without judging, who knows what it feels like. If he talks to someone who’s not in the business they may not understand.”

But the proud father can’t help but ask himself: Couldn’t Brown have chosen someone else?

“I personally liked Jordin Sparks. She’s a wholesome young lady, very pretty,” he said, referring to the sixth winner of

“American Idol” who once collaborated with his son on the song “Shortie Like Mine.”

Tran and Brown visited Clinton in his town of only 2,000 people — and she made a great impression. “I liked her a lot. They seemed to get on terrifically,” he said. “Whenever she was around me, the quiet, meek, accommodating, respectful image is what she portrayed.”

He hastily added that he also met Rihanna “years ago” and that she “was very respectful and polite as well.”

The doting dad is one of the few who will dare make excuses for Brown’s vicious beatdown of Rihanna only hours before the Grammys.

Clinton, who was in Los Angeles when the attack occurred, would not share details but insisted the entire story had not yet been told.

“One has to assume because they are back together that it wasn’t one-sided,” he said. “You just have to imagine it was a circumstance in which they both had a disagreement.”

Their tumultuous romance will not likely be tamed by a baby any time soon, he said.