A-ROD'S VANITY OF MYTHIC PROPORTIONS! HAS 2 GIANT PORTRAITS OF HIM AS A CENTAUR IN HIS BEDROOM! 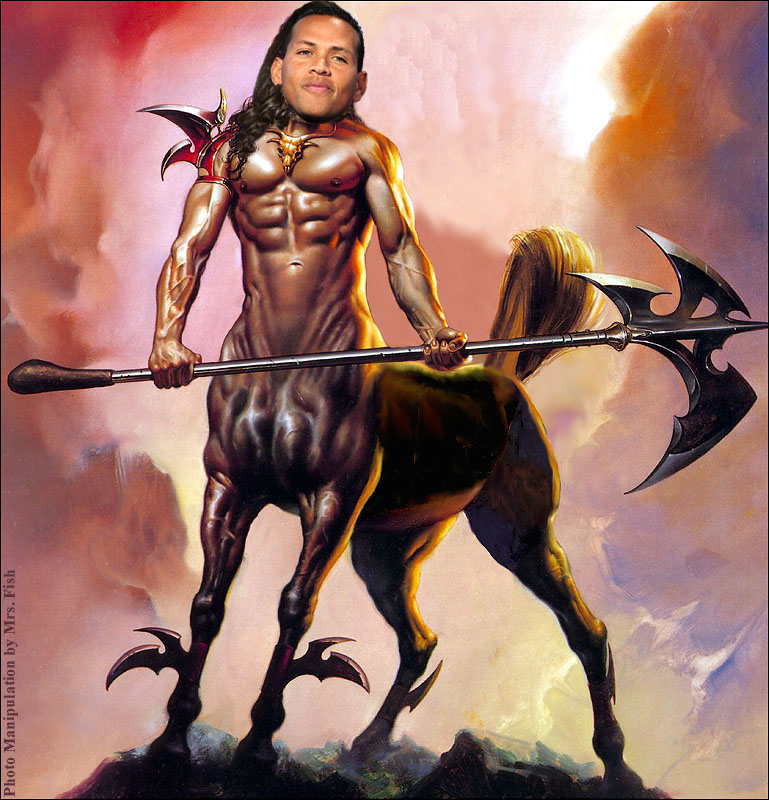 You'd expect Alex Rodriguez to have a bedroom filled with trophies - not bizarre portraits of himself.
US Weekly reports the Yankee's slugger has commissioned paintings of himself - as a centaur.

But wait, it gets better - they're hanging above the superstar athletes' bed, according to the magazine.

"He was so vain. He had not one, but two painted portraits of himself as a centaur. You know, the half man, half horse figure," scoffs an ex-girlfriend to the magazine. "It was ridiculous."

Obviously, one lady doesn't mind it. Hudson and A-Rod are hitting home-runs all the time.

"They love sex!" an insider reveals to Us Weekly. The celebrity couple, who began dating in May, apparently can't keep their hands off one another. And when they can't be close enough to touch, they're talking about it. "They talk about it all day," the same snitch says. "Kate gets graphic talking about his body, even to her parents."

The magazine also reports Hudson is trying to make her beau less egotistical. But talking about his body all the time probably doesn't help.