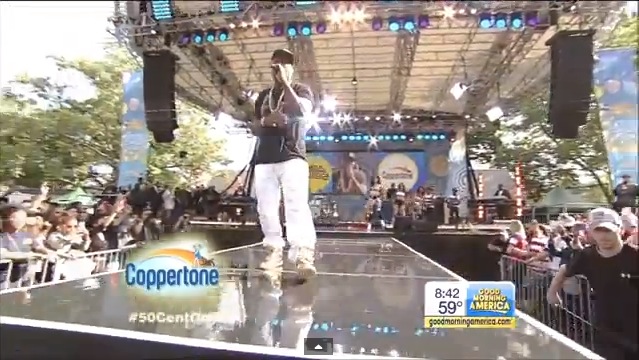 Rapper Curtis "50 Cent" Jackson may have gone down in the record books this week for throwing one of the worst ceremonial first pitches in baseball history, but at least he can say the "oops" moment got him out of a parking ticket.

"I actually got pulled over by New York City police, they pulled me over in my car," Jackson, 38, said today on " Good Morning America." "I said, 'I've got my license.' Right? Because I was a little nervous he pulled me over."

"Then he said, 'You know, that pitch was terrible,'" Jackson said. "He didn't give me a ticket, no nothing. He said, 'I don't want to mess up your day because you made me laugh.'"

Jackson's escape from the law came just days after he threw out the first pitch at the New York Mets-Pittsburgh Pirates game Tuesday at Citi Field in Queens, New York, a few miles away from where he grew up. Wearing a No. 50 Mets jersey, Jackson launched into a high leg kick but the baseball didn't sail over home plate and into the glove of Mets catcher Anthony Recker. Instead, the ball flew from Jackson's left hand, bouncing to the backstop and nearly nailing the assembled photographers.

"It slipped," Jackson said on "GMA," discounting any claims that the pitching fail had been a publicity stunt. 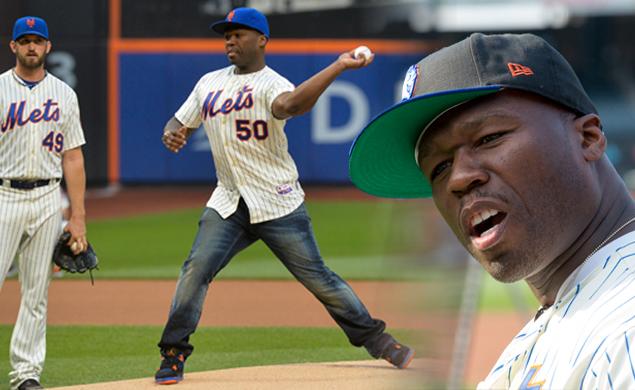 "I'm not a professional pitcher," he said. "I make music."

Jackson will have a chance to redeem himself at Citi Field when he returns June 14. This time, however, the rapper will be on the field in his comfort zone, performing a concert for his new album, "Animal Ambition."

"I'll be back on the mound," Jackson said.