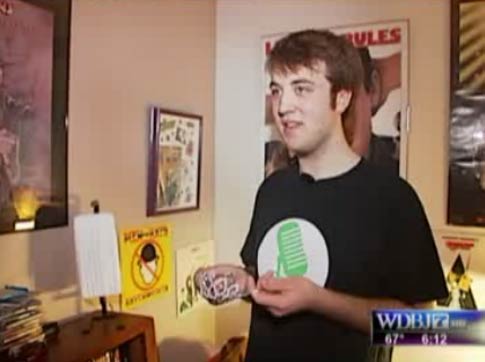 Two high schools turned tradition on its head this weekend by crowning a transgender teen and a gay young man as prom queen.

The senior class at McFatter Technical HS in Davie, Fla. chose transgender teen Andrew Viveros on Friday to be their queen.

The 17-year-old - who goes by Andii - said he was overjoyed his classmates embraced him for who he is.

"They called my name and I was in complete shock," he told The Sun Sentinel. "It's a big stepping stone. People can see it's finally OK to be who you are."

"I came out of the closet this year, and I already knew everyone at school was incredibly open about it," he told WDBJ-TV

"This prom queen thing sort of became a manifestation of 'All right, this is who I am.' It's time to show off."

In honor of the moment, Boyer attended prom dressed in as Lady Gaga.

Boyer will attend Pace University for theater in the fall.

In 2009, an openly gay man was crowned prom queen at a high school in Los Angeles.