WTF! REAL LIFE TRUE BLOOD! WOMAN WHO LURES A TEENAGER TO HIS DEATH CLAIMS TO BE A VAMPIRE! 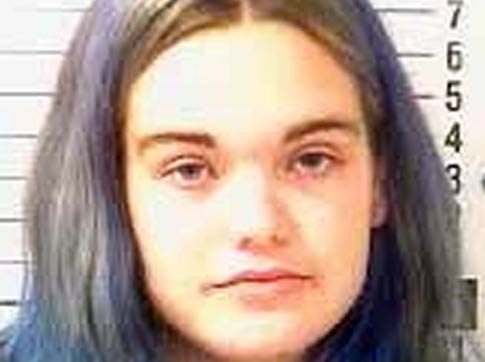 A Florida woman jailed in the slaying of a 16-year-old boy says she and her cohorts were members of a vampire cult and that she loves drinking blood.

Stephanie Pistey, 18, is accused of luring Jacob Hendershot into a trap where he was beaten to death in July by a pack of four men in Parker, Fla.

While Pistey says she did not drink Hendershot's blood, she believes she is a vampire and must quench her thirst.

"Since I was like 12 every fiber in my body, basically everything, I know this is going to be crazy, but I believe that I'm a vampire and part werewolf," Pistey told WBBH-TV.

She says she has drunk the blood of her 25-year-old fiancé and co-defendant William Chase.

Police have theorized that Hendershot was killed after Pistey accused him of attacking her. She says she wishes he hadn't died.

His body was later found a concrete enclosure. Pistey and four others are charged with either murder or accessory after the fact.

Pistey admits she was at co-defendant Tammy Morris' house when Hendershot was murdered, but says she was not involved.

"Now that I'm here, I'm pretty much figuring out I'm going to stay here the rest of my life," she said.