Wtf! Man Gets Booty Shots In His Arms 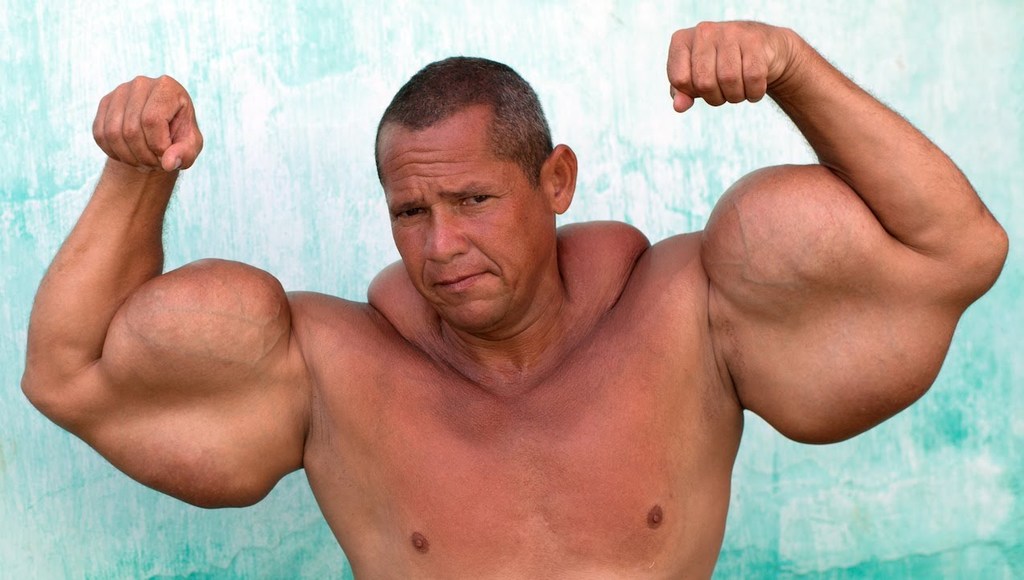 BEEFCAKE Arlindo 'The Mountain' de Souza believes he has grown the biggest arms in Brazil - after injecting a cocktail of BABY OIL and ALCOHOL into his arms.

The 43-year-old's 73in biceps are filled with a synthetic filler, said to be sweeping the bodybuilding community. But the bricklayer's size has not made him any stronger and he can only lift normal size weights.

He turned to the substance for two months two years ago to make him the king of his competitive local gym in Olinda, Brazil.

But using it can be incredibly dangerous and 'oil' injections have already claimed the life of his close friend, Paulinho.

According to doctors, heavy users like Arlindo can develop multiple abscesses in the muscle tissue, which can lead to amputations and even death.