WTF! MAN DECAPITATES HIMSELF WITH A CABLE AFTER ARGUING WITH HIS EX-WIFE! 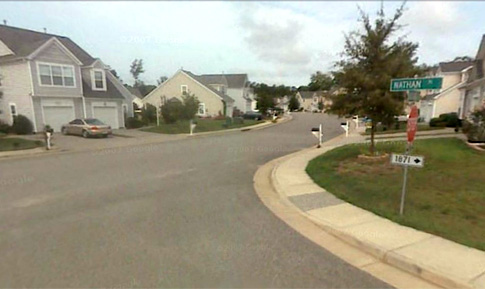 A divorced man decapitated himself with a cable in Virginia on Tuesday after getting into a dispute with his ex-wife, authorities said.

Police arrived at the home in Yorktown after receiving a call about a domestic dispute around 10 a.m., according to the Virginia Gazette.

They were talking with the ex-wife when a deputy saw a white Ford Explorer towing a utility trailer. The trailer was on fire, and a man identified as her ex-husband was behind the wheel.

Firefighters arrived, and authorities attempted to get the man to exit the SUV. That's when they noticed a cable tied to a nearby tree was wrapped around his neck.

Officers pleaded with the man to surrender, but instead he hit the gas. He was pulled from the car, and his head was yanked clean off his body. The vehicle continued moving for about 150 yards.

"Nobody has ever heard of anything like this," Sheriff Danny Diggs said, according to The Associated Press. "It's a really bizarre incident."

Authorities did not release the man's name because his death was ruled a suicide.

Originally from Chicago, the man had spent the night with his ex-wife and got into an altercation with her that morning, police said.