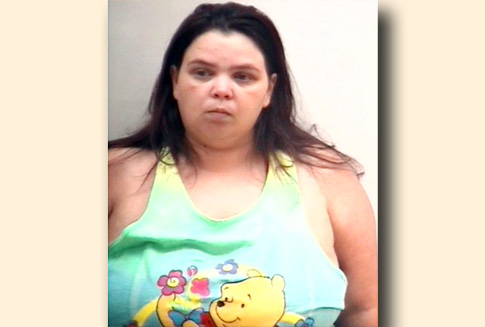 An Indiana woman had sex with a young boy, then made the child perform sex acts with a young girl, authorities said.

Now Juanita Fisher faces multiple charges of child molestation, as well as one count of incest since the boy and girl were relatives.

The 34-year-old was arrested Friday in Charlestown and appeared in court Tuesday, according to WLKY 32 News in Kentucky.

The sexual encounters occurred five or six years ago, but only recently came to light after the male victim told his foster parent, court documents revealed.

Now a teenager, he said Fisher "used to have sex with men in front of him," and "'kind of' touched him 'with her lips' when he was 8 or 9 years old," the documents said, WLKY 32 News reported.

"The longer I do this job, the more resigned I am that women act out sexually and make bad choices just the way men do," Deputy Prosecutor Brittany Blau told the Courier-Journal newspaper.

The documents also stated that Fisher forced the boy "to have oral sex and sexual intercourse with her."

Fisher forced a young female relative to participate in her depraved acts, and made the girl and boy perform sexual acts with one another, authorities said.

"[Fisher] asked the victims what they knew about sex; and wanted to see them act it out on each other," court documents stated, according to WLKY 32 News.

The male victim is undergoing therapy to deal with the trauma, the Courier-Journal reported. The therapist told authorities he has admitted these things happened, and his sister has also confirmed the allegations.

Fisher denies the charges, and police said she cried when first presented with them.

The victim briefly denied the sexual molestation occurred. But according to the Courier-Journal, this came only after a phone call from Fisher during which she warned him if he didn't deny them, he would go to jail along with her.

Fisher was charged with three counts of child molesting, one count of incest, two counts of vicarious sexual gratification and one count of obstructing justice. Bail has been set for $75,000.