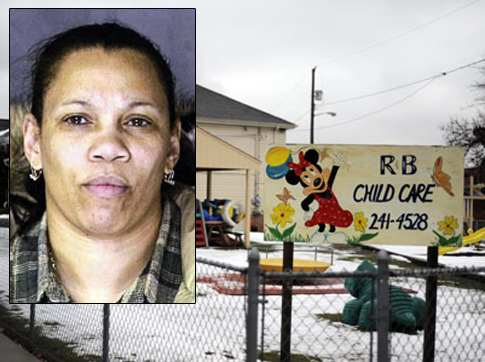 A daycare provider in Pittsburgh was arrested after a police raid found sex toys, crack and pornography in the children's playroom.

Cops told the Pittsburgh Tribune-Review that they found $6,000 worth of crack cocaine in the early morning raid and took Reanell Booker, who ran R&B Childcare Services, into custody.

The raid, according to cops, came after a month-long investigation into Booker. The 50-year-old childcare provider is accused of selling drugs out of the center while she was supposed to be watching the kids.

As parents of the children enrolled in the center rushed to find another place to send their kids, other daycare providers took the opportunity to try to drum up some more business.

"I just think it's crazy," one parent told WPXI. "I don't know where I'm going to send my kids now."

Booker was released from jail late Friday, the local television station reported. She was charged with possession ofan illegal substance, possession with intent to deliver and possession of drug paraphernalia. She may also be charged with child endangerment, police told the Tribune-Review.

"That's crazy," one local resident told the paper after being told of the raid. "Oh my God."