WAKA FLOCKA SHOOTERS SAY THEY WASN'T TRYING TO ROB HIM! THEY WANTED A RECORD DEAL! SMH! 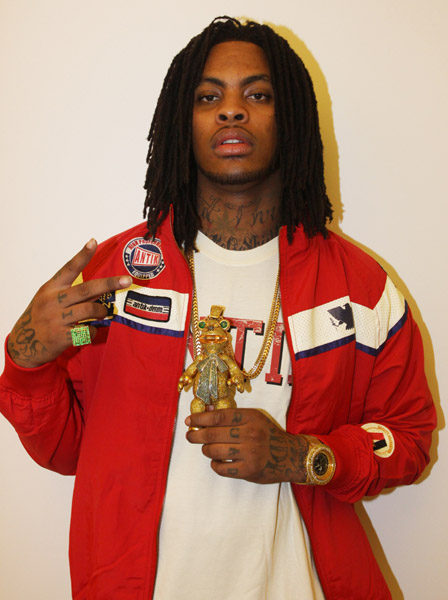 Although Waka Flocka Flames may have been the victim during a shooting on February 16th that resulted in the arrests of six men, the Atlanta rapper is not in the clear just yet.

Parents of the Charlotte, North Carolina men was charged with shooting up Waka Flocka's tour bus want charges to be brought against the rapper's security guards, raising the claim that members in the Waka's entourage fired the first shots.

The mother of Antonio Stukes, who was shot in the shoulder during the altercation, claimed there was another side to the story.

Antonio Stukes' lawyer claimed his client was there simply to meet Waka Flocka Flames about a record deal.

Stukes claims he was caught in the cross-fire when two vehicles open-fired upon the tour bus, which was being fitted with a new stereo system at Car Stereo Warehouse.

"Just don't listen to one side of the story because there is always another side," Stukes' mother Antoinette told The Charlotte Observer.

Stukes' mother is organizing a rally along with the other mothers of the men charged.

"So us parents are trying to get together so they can hear our cry and release our kids," Stukes said. "I don't understand why they are not locked up or being questioned for shooting at people."

Surveillance video of the shooting exists, but police and the store have refused to release the tape, despite offers as high as $5,000 dollars for the footage.

All men have been charged with robbery with a dangerous weapon and discharging a firearm into an occupied dwelling.