WTF! A 15 YEAR OLD GIRL PIMPS OUT HER 7 YEAR OLD STEPSISTER AT A PARTY & SHE GETS GANG RAPED! 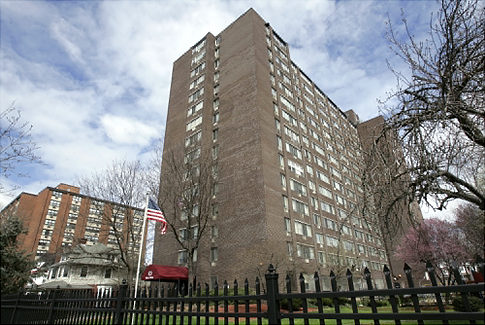 A 7-year-old Trenton girl was sold like a prostitute to a pack of perverts and wound up being gang raped by up to seven men and boys.
And the person who pimped out the grade-schooler was her 15-year-old stepsister, police said Tuesday.

"Let the boys do what they want to do," the teenager told the younger girl as the leering lechers looked on, police said.

Then the teen stepped back and watched as the men took turns molesting the helpless girl, Trenton Police Capt. Joseph Juniak said.

"You don't even know what to say," Juniak said, struggling to find the words to describe the depravity. "It's incomprehensible."

The horror show happened Sunday when the teenager took the 7-year-old with her to a party in the Rowan Towers - a crime-infested high-rise housing project near the New Jersey statehouse.

The teenager left the younger girl unattended in the living room while she went into a bedroom and had sex with several male partygoers for money.

When she was done, she walked out, gave the 7-year-old a wad of money, and told her to let the men "touch her," said Juniak.

"It went from touching to straight out assault and rape," Juniak said. "They threatened to kill her if she screamed or told anyone."

Meanwhile, the girls' parents called the cops because they believed the older girl - who cops said exhibited "behavior problems" in the past - had run off with the 7-year-old.

Cops were questioning the parents when the 7-year-old was brought home in tears by two strangers. She was treated at a nearby hospital.

The 15-year-old, who was still turning tricks at the party, was charged with aggravated sexual assault, promoting prostitution and other crimes. She was being held at the Mercer County Youth Detention Center, said Casey DeBlasio, a spokeswoman for the local prosecutor.

"We intend to petition the court to have tried as an adult," said DeBlasio.

There were more than a dozen people at the party and cops were trying to identify the culprits by studying building surveillance videos.