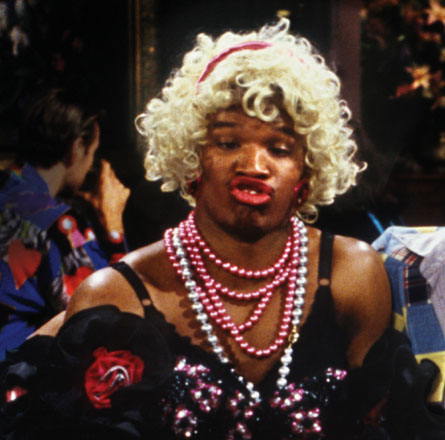 Over the weekend, we told you that Jamie Foxx and his co-hosts at Sirius Radio show were GOING HARD at Howard Stern and Robin Quivers.

Well now Howard is going Hard back. And, Howard Stern seems to suggest that Jamie Foxx is gay. Howard started off his rant by saying:

"I know sh*t about Jamie that maybe won't be so comfortable for him. [I know] a lot of weird sh*t about him"

And while he didn't get specific about what "weird sh*t" he know about Jamie, he gave the following hint:

"I got a shitload of stuff on Jamie that's not a lot of fun. And . . . you know the name Jamie Foxx - it's interesting that he chose the name Jamie. I can go into the whole f*cking deal"

For those of you who don't know Jamie Foxx' Government name is Eric Marlon Bishop, he chose to use the name "Jamie" when he arrived in Hollywood. OK . . . now back to Howard, he wasn't done:

"He wants to get some attention for his show on the channel the FOX HOLE . . .that's an interesting name too . . the hole. I wonder which HOLE they're referring to. How many holes are in Jamie. He's got an as* and he's got a mouth, and I don't know what he does with them."

Then Howard ended it off with a challenge - he told Jamie to go on his show and TALK MESS to his face. Howard claims that if he DARES to do that, Howard will EXPOSE WHAT HE KNOWS about Jamie on the air.