WILL SMITH IS CAUSING PROBLEMS ON THE SET OF JADA'S SHOW "HAWTHORNE"! 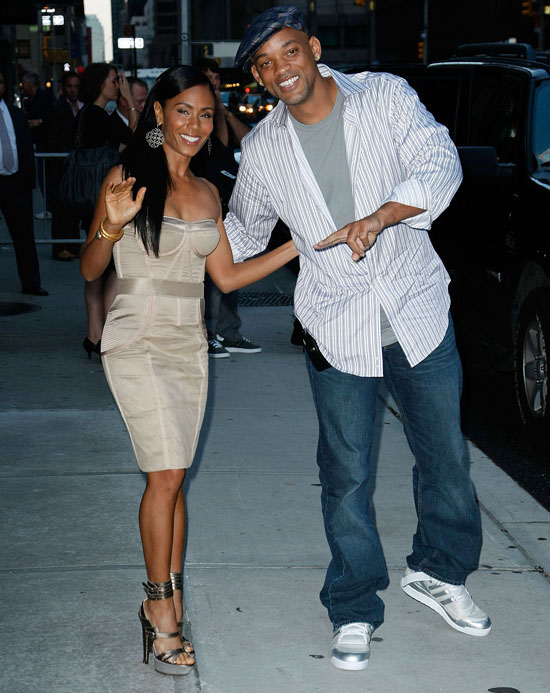 The TNT network boasts "We Know Drama," and the cast and crew on its hit show "HawthoRNe" can certainly attest to that.

We hear there's trouble behind the scenes of the medical series, and sources say it's being caused by star Jada Pinkett Smith's husband, Will Smith.

The cast, which also includes Michael Vartan, just returned to the set this week after an unplanned, eight-day hiatus - and although one source says it was because of an illness in the Smith's family, another well-connected insider suggests it was imposed by the network to sort out all of the production's complications.

The second snitch continues that TNT executives are blaming the show's current issues on Smith - a co-producer on "HawthoRNe" - because he isn't cooperating with the rest of the team.

"He is not currently shooting a movie, so he's been a constant on the set in recent weeks," the network source says. "He's been inserting his input and requesting so many changes to the script that it pushed back the production schedule tremendously and caused everything to spiral out of control."

Pinkett Smith plays a nurse on the hit show, which premiered last year to stellar ratings. But despite the first season's success, our insider says her husband wants the dramatic scenes pushed to the limit - and he apparently submits pages of notes and rewrite requests to the show's writers and producers each week.

A rep for TNT had "no comment" on the matter, and Smith's flack said that this was "untrue."

Nevertheless, our source insists: "Everyone is praying for him to book a new movie so that he will go away."

Unfortunately, the "I Am Legend" star may be a presence on the "HawthoRNe" set a bit longer, as he's still planning his next career move.

Variety reported on Thursday that Smith is deciding between returning to the third installment of "Men in Black," or taking a role in 20th Century Fox's upcoming fantasy-adventure "The City That Sailed."