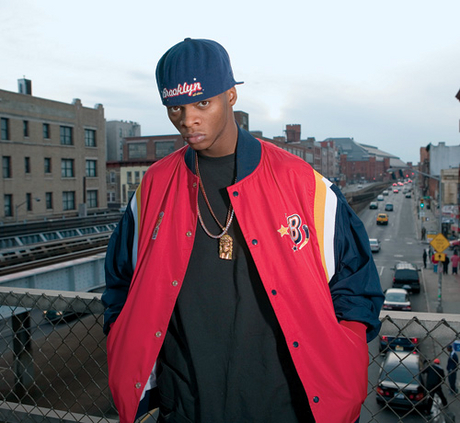 There’s a new king in town.

“Nobody is better than me — Jay-Z, nobody,” said Shamele Mackie, better known by the stage name Papoose. “None are more lyrically inclined than me. None of them. I’m definitely the king of New York. I am the greatest out of New York.”

“When I look in the mirror, I don’t see Jay Z — I see Papoose,” said the musician, who’s married to Remy Ma, a Grammy-nominated rapper serving time for a 2007 shooting. “More power to him, but he’s not better than me.”

The 36-year-old artist burst onto the scene in 2005, but so far he’s only achieved moderate mainstream hip-hop success.

His debut studio album, “The Nacirema Dream,” was released last March after many delays, mixtapes and a failed deal with Jive. That album, released independently, has sold 17,000 copies, according to Nielsen SoundScan.

He’s struggled to get his music played on New York hip-hop radio stations, but he insists he’ll keep making music.

“It’s not going to stop me,” he said of the lack of spins. “I’m going to release a body of music every month. I don’t feel like there’s no artist out there doing that.”

Last year, he slammed Drake and Big Sean on a dis track after the West Coast rapper Kendrick Lamar called himself the “King of New York” in his track “Control.”

You ain't the king of s--t,” Papoose said on the track. “Kendrick, Kanye and Drake they act feminine, wear a lot of clothes you usually see women in.”

“My pen game is the most immaculate,” Papoose told the Daily News. “I bring the most to the table on every level, concept, substance.”

Papoose is awaiting the July 31 release of Ma, who is serving time at the Bedford Hills Correctional Facility for Women for the shooting of Makeda Barnes-Joseph, who was accused of stealing $3,000 from the musician.

“That’s going to be a very special day for me,” said the rapper of his wife’s release. “They say I never smile, but they going to see me with a Kool Aid smile that day.”

As for his plans with her when she is released: “I want to take her out to eat,” he said, sharing plans to take her to Tao. “We going to go over there and have a good meal.”