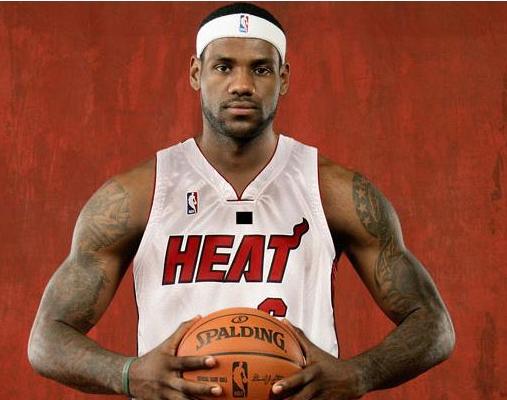 AUBURN HILLS, Mich. -- LeBron James says he was amazed and a little jealous when he heard Detroit Tigers star Miguel Cabrera signed a contract Friday that guarantees him $292 million over the next 10 years.

"I said 'wow,' " James said before the Miami Heat played the Detroit Pistons on Friday. "I wish we (the NBA) didn't have a salary cap."

Baseball, of course, does not have a salary cap. The NBA does, and players with James' experience level are capped at earning 35 percent of the $58 million salary cap and can sign for no more than five years.

James will earn $19 million this season with the Heat, tied with teammate Chris Bosh for the ninth-highest in the NBA as part of a six-year, $109 million deal he signed in 2010.

"He's the best player in baseball, and the best players in each sport should be rewarded," James said. "It'd be nice to sign a 10-year deal worth $300 million."

Forbes Magazine ranked James fourth among all athletes in total earnings earlier this year with more than $60 million -- twice what Alex Rodriguez was paid.

James can opt out of his contract this summer, a decision he has said he won't make until June. But he did say Friday he'd surely opt out if he could get a Cabrera-type deal.

"I would do it this summer for sure," James said with a smile. "I'd opt out for that."