Video: Robbers Bring Their Baby Along To Stickup A Clothing Store 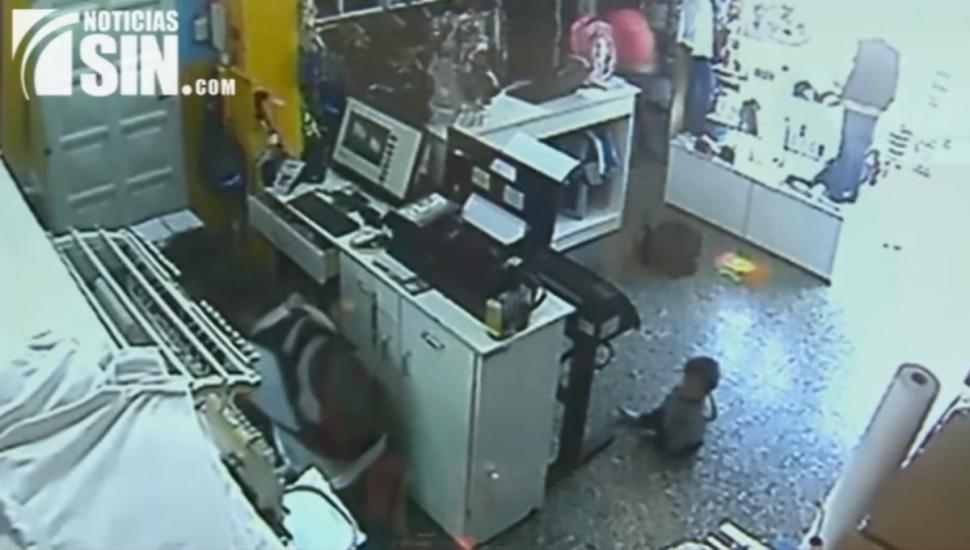 A group of armed Argentine robbers brought a baby along when they stuck up a clothing shop, surveillance video showed.

The three thieves swiped about $5,200 worth of stock when they raided the Buenos Aires-area store, owner Marcelo Taraborrelli told EFE news agency. One woman in the trio carried a baby with her and set the tot on the shop floor while she pilfered the place.

“It was their strategy,” he said. “It's obvious that the woman carried the baby to make it look like everything was all right. He was unfortunately the gang's innocent accomplice.”

Taraborrelli said two of the robbers entered the shop posing as customers to survey the goods. They said they needed to get cash from an ATM and cash they headed toward the door, the third armed attacker burst in.

One of the three beat up the cashier and wrestled him to the shop floor. He tied his victim up behind the cash register, while the other two stole the loot.

Surveillance video showed the baby crawling around on the floor during the raid. The three eventually left, booty and baby in tow.

It’s not clear if police caught the toddler-toting criminals.

Who brings their baby to a robbery?