TYRA BANKS HAS A BIG FOREHEAD & SHE KNOWS IT! 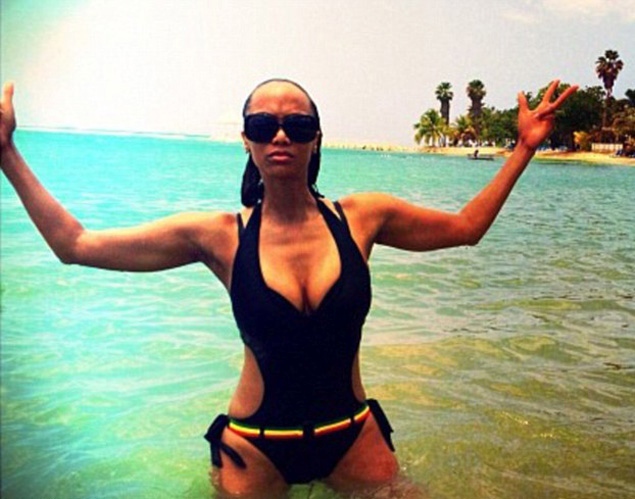 Tyra Banks is her own toughest critic.

She's built an empire delivering critiques to young models-in-training on "America's Next Top Model," but the self-proclaimed "flawsome" supermodel isn't afraid to take a few jabs at herself.

The model-turned-media mogul took to Twitter to show off her killer swimsuit-clad beach body on Instagram, but not without poking a little fun at her appearance first.

"I challenge you to a big 4head contest," she tweeted. "You know I got that win on lock!"

It's not the first time Banks, 38, has spoken out about her imperfections.

"Fam, what part of your bod do you not like but are learning 2 love?" she tweeted to her six million followers earlier this month.

And she's not the only famous beauty to make fun of her physical appearance.

Last week, Barbados bombshell Rihanna also hit up Twitter to mock the size of her forehead, posting a black and white photo of herself next to a sign that read "Mine's bigger than yours." Hoes bragging about being klingon's & sh!t