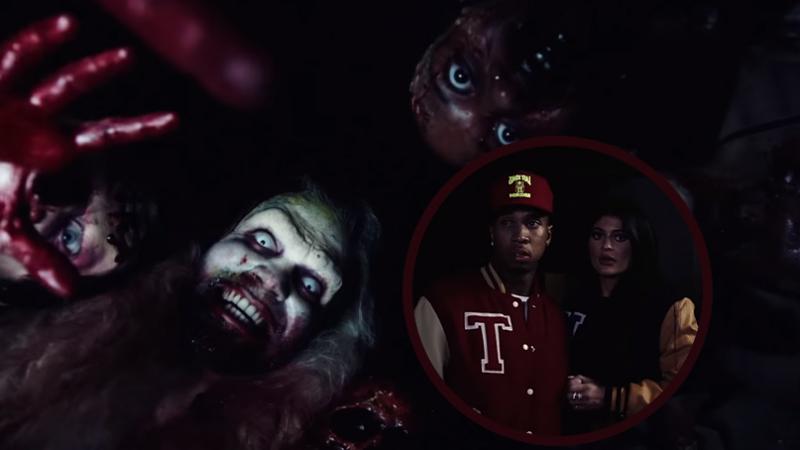 A source told Hollywood Life that Kylie initially didn't want to appear in the music video. She had no interest in starring in it not until she learned that model Nicole Williams was hired to star opposite her boyfriend Tyga. Upon learning this she reportedly immediately told the 25-year-old rapper to drop the model and put her in the music video instead.

"Nicole Williams was cast in Tyga's latest music video, "Doped Up," as the lead last Saturday. It was shot downtown at a secret location. Kylie didn't want to be in the video, but when she found out that it was Nicole starring in the video, she asked him to replace Nicole with herself," the source told Hollywood Life exclusively.

Jealousy aside, the source claimed Kylie felt a "bit of dislike" for Williams since the model "has been getting a lot of comparisons to the Kardashians." Williams is believed to be a "very big model" who fronts large campaigns. But Kylie shouldn't have anything to worry about Tyga possibly cheating on her with Williams as she is reportedly currently dating American football defensive end player Larry English.

Apparently, Tyga gave in to his 18-year-old girlfriend's demands. The source told Hollywood Life Williams was "100 percent cut" from Tyga's "Doped Up" music video.
Kylie and Tyga were photographed together on Oct. 17 on the set of the video. It's uncertain if this was the same day she learned of William's participation in Tyga's music video, or when Kylie finally agreed to star in "Doped Up" opposite her boyfriend.