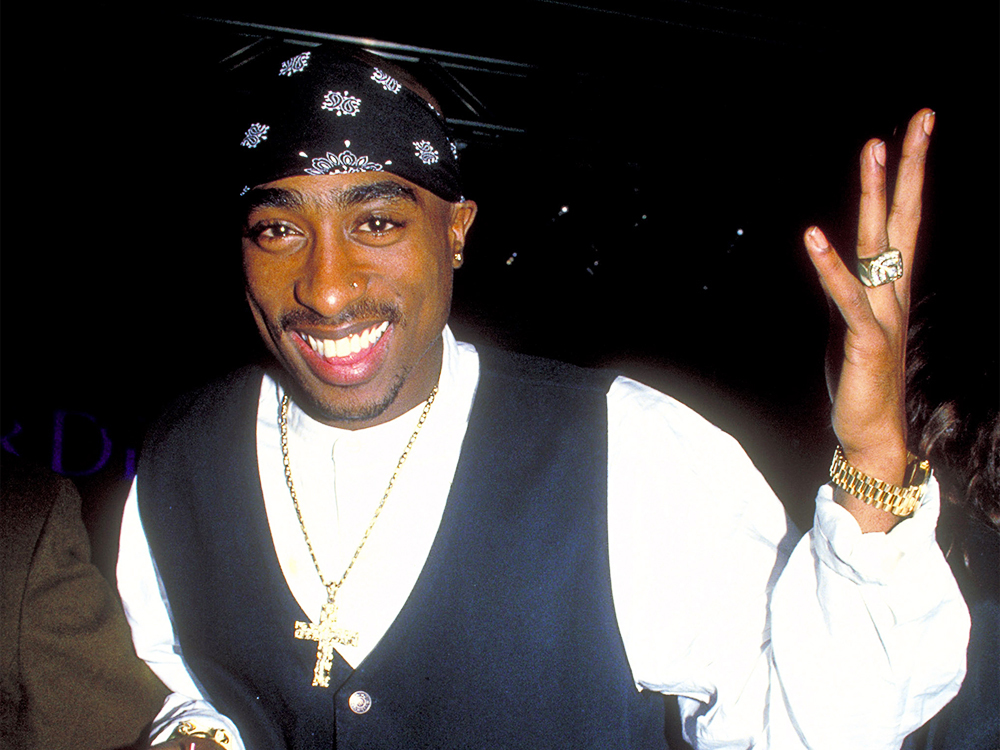 Tupac’s four-page essay, written in Clinton Correctional Facility was auctioned off this month.

This isn’t the first piece of Tupac memorabilia that has been auctioned off in the past year and it certainly won’t be the last. Moments in Time has a list of Pac memorabilia that only those with deep pockets can even dream of buying. This month however, a very valuable and personal item was auctioned off; a handwritten four-page letter called “Is Thug Life Dead?” that Pac wrote while incarcerated at Clinton Correctional Facility in 1995. The minimum bid was set at $10,000 and after 31 bids the letter was sold for $172,725. Pac’s letter, addressed the three stages of life:

“Ours begins with a young DustKicker, a ThugN**** then finally a BossPlaya … Each stage has many obstacles and pleasure, but they are all lethal if not played properly … A regular Playa plays women. A Boss Playa plays life. A Boss Playa is a thinker, a leader, a builder, a moneymaker, a souljah, a teacher and most of all, a Man!” 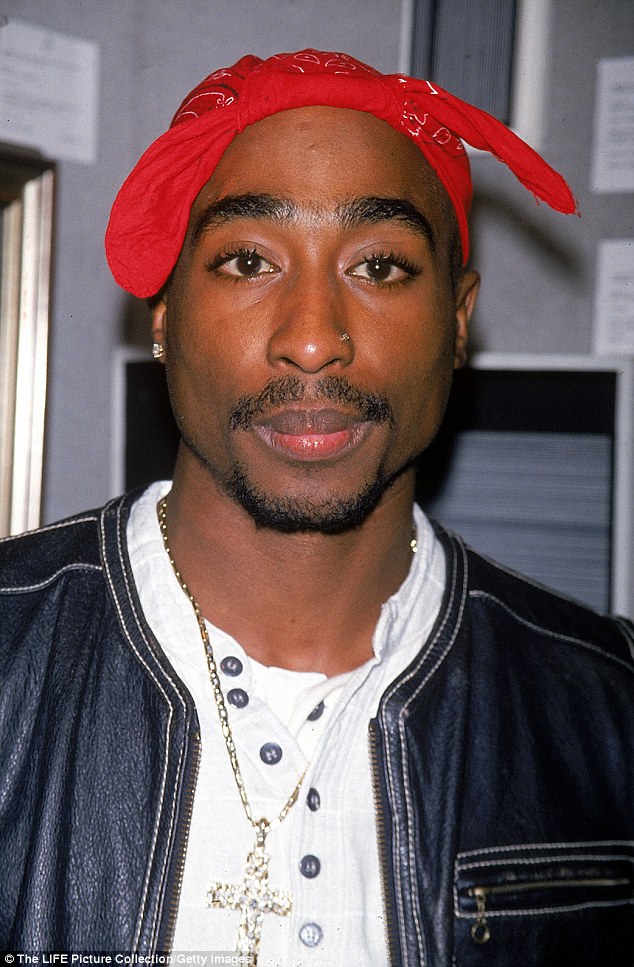 The letter was addressed to “young black Americans,” and sent to Death Row Records employee Nina Bhadreshwar, but Pac’s label prevented the letter from ever being published. 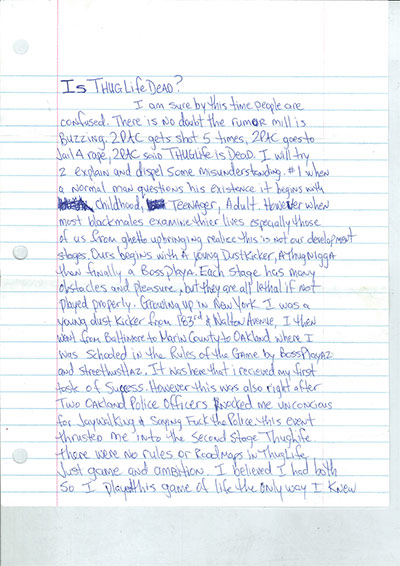 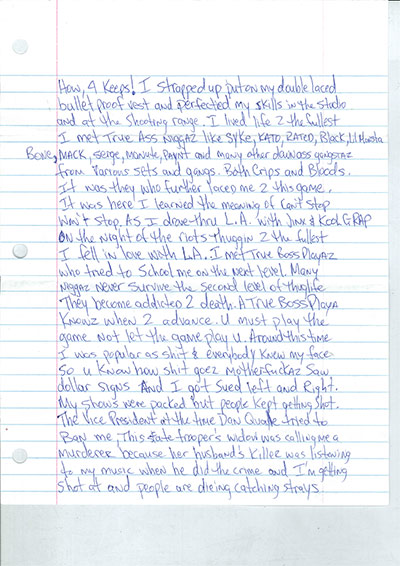 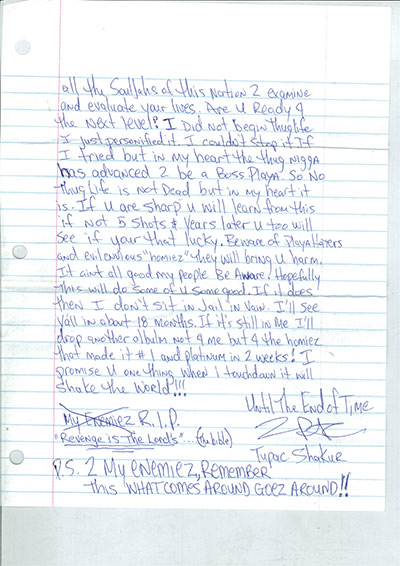