After renewing his comedy career with appearances on "Saturday Night Live" and at the Emmy Awards, Tracy Morgan will embark on a nationwide stand-up tour this winter.

The "Tracy Morgan: Picking up the Pieces" tour is set to begin Feb. 5 at the Horseshoe Casino in Hammond, Indiana, it was announced Tuesday.

Morgan was in a coma for two weeks following a June 2014 accident, when a truck on the New Jersey Turnpike crashed into the back of a van he was riding in. Comedian James "Jimmy Mack" McNair was killed in the crash.

Morgan made a surprise appearance at the Emmy Awards last month, with a more substantive turn as guest host on Oct. 17 of NBC's "Saturday Night Live," the show where he was once a cast member.

In one sketch, he was joined by his fellow cast members of "30 Rock," Tina Fey, Alec Baldwin, Jane Krakowski and Jack McBrayer.

"People are wondering, 'Can he speak? Does he have 100 percent mental capacity?'" he said in his opening monologue.

"The truth is, I never did. I might even be a few points higher."

Morgan was unavailable for comment about his concert tour, although in a news release he described it as getting back on a bike after falling down - "you don't forget where the pedals are."

His bookings, from February until the end of May, include some cold-weather gigs: Vermont and Ontario in February. But he does have two dates in Hawaii in early April.

He will perform three shows in New Jersey, including at a theater in New Brunswick, about 20 miles north of where the accident happened. 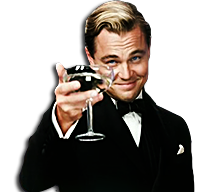