Tory Lanez Ordered To Stay Away From Megan Thee Stallion 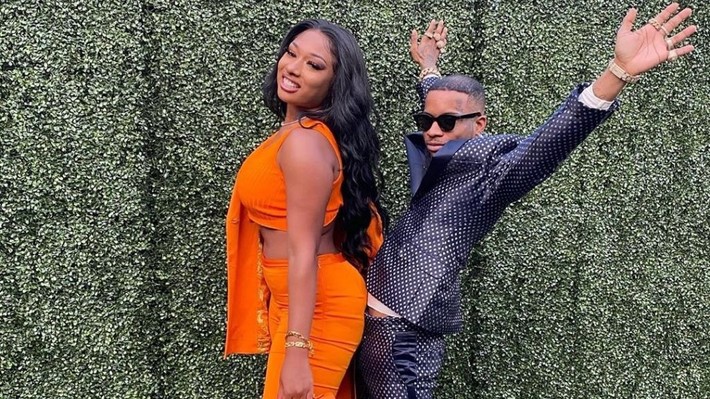 Tory Lanez made his court appearance by phone in Los Angeles on Tuesday, four days after he was charged with assault with a semiautomatic firearm and carrying a loaded, unregistered firearm in a vehicle.

According to The Associated Press, Lanez, born Daystar Peterson, responded to a series of questions from the judge and did not enter a plea. His arraignment was postponed until Nov. 18.

His bail was also set and posted at $190,000, and he was ordered not to contact Megan Thee Stallion and to surrender all of his guns. If convicted, the rapper faces a maximum state prison sentence of 22 years and eight months.

The court hearing comes three months after a July 12 incident in which Lanez and Megan got into an argument while driving through the Hollywood Hills. When Meg exited the SUV, Lanez allegedly shot her several times in the foot. In August, the "Hot Girl" star named her fellow rapper as the person who shot her. “Yes ... Tory shot me. You shot me and you got your publicist and your people going to these blogs lying,” she said in an Instagram Live video. “Stop lying. Why lie? I don’t understand.”