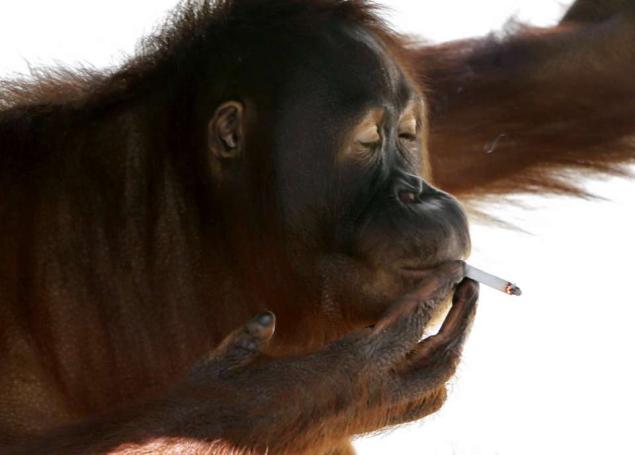 JAKARTA, Indonesia — Indonesian zookeepers have moved an orangutan out of visitors’ sight so she’ll no longer smoke lit cigarettes people regularly throw into her cage.

Taru Jurug Zoo spokesman Daniek Hendarto said Thursday that Tori and her male companion, Didik, were moved Wednesday to a small island within the zoo. There are four endangered orangutans at the zoo in the Central Java town of Solo.

The 15-year-old Tori has been smoking for a decade. She mimics humans by holding cigarettes casually between her fingers while visitors watch and photograph her puffing away and flicking ashes on the ground.

Hendarto said recent medical tests show the four primates are in good condition. The two other orangutans will be moved later to another island.

How the f**k they be begging for smokes? That sh!t is priceless! 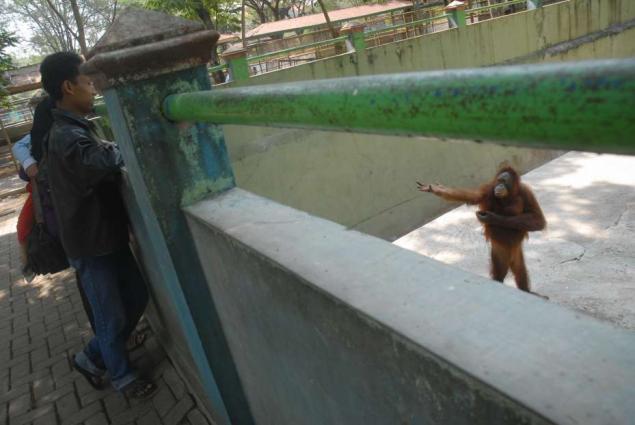 I wanna see a orangutan go through nicotine withdrawal!