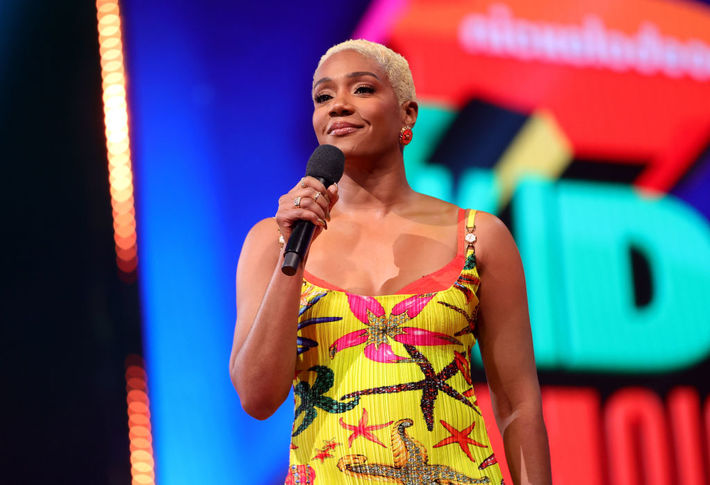 Tiffany Haddish shaded Nicki Minaj in a recent appearance in a Clubhouse chat, saying that “unlike” the hip-hop star, she “[treats] everybody with respect and dignity.”

Haddish, 41, was called “the Nicki Minaj of comedy right now” during a talk in the popular invitation-only audio-chat app by a fan. Another fan shot down the comparison, saying Haddish “shows up on time,” to which Haddish responded, “And unlike Nicki, I treat everybody with respect and dignity,” according to TMZ.

The dig may stem from the 2018 MTV Video Music Awards — that old wellspring of celebrity slights. Haddish called attention to Camila Cabello’s five nominations that night, before dragging Cabello’s former group by adding, “Those of you watching at home, hi Fifth Harmony!” 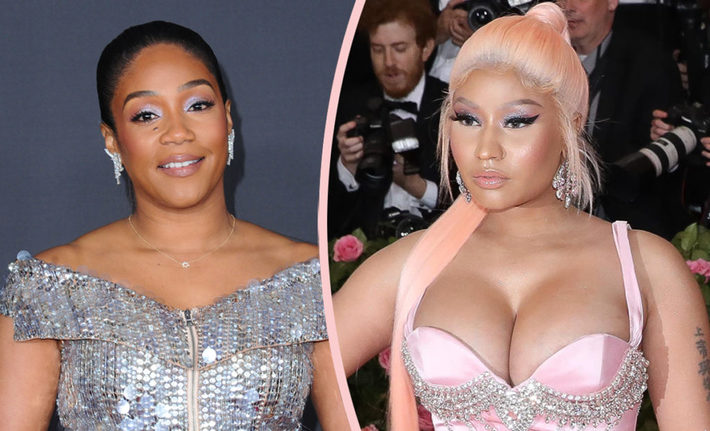 Later in the evening, Minaj, 38, while accepting a moonman, warned Haddish, “Don’t be coming for Fifth Harmony because Normani is that bitch!”

“Waiting for the day when supporting one successful dope woman does not mean insult to other successful dope women,” former 5H member Lauren Jauregui later tweeted about the slight. (Normani didn’t address Haddish’s diss but was effusive about Minaj’s praise.)

Minaj hasn’t yet responded to Haddish’s diss, but she’s never been one to back down from a fight, so stay tuned.