THE REASON FOR THE FIGHT ON VH1'S LOVE & HIP-HOP BETWEEN KIMBELLA & ERICA! 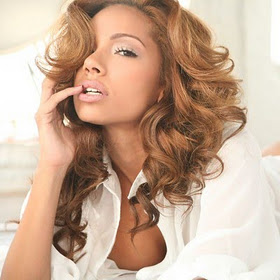 The Truth Behind Erica Mena's Fight With Kimbella
So word on the internet curb is that there is a real reason behind that fight we all witnessed on Monday night on Vh1's "Love & Hip Hop" with Erica Mena and Kimbella. And unfortunately, it all has to do with Fabolous. Yep! You heard that right! FABOLOUS!! So here's how the story goes:

"Allegedly", Erica Mena was 17 when she decided to lose her virginity to rapper, Fabolous. Word is....is that when Erica was on set of Fabolous' video for his joint titled "Breathe", she decided to give him a little something something when the cameras went off. Hence, the two were dealing with each other for a minute while Fab was still with his wifey chick, Emily B.

For some odd reason, Erica Mena thought she would be the only side chick Fabolous would have. WRONG! Because not too long after that, Kimbella came on the scene and started messing with Fab also. Word is Fab was sooo smitten with Kimbella that he stopped dealing with Erica Mena. Hence, Erica Mena wanting to stomp the ish out of Kimbella.

Now, if you listened carefully to Erica and Kimbella's argument, the first thing out of Erica's mouth was Kimbella used to mess with Fab. Really? Like how did you know that when Emily B didn't even know that?! Something to think about!

So there was actually a reason behind Erica's hate for Kimbella! Now it all makes sense! What are your thoughts on this? I'm listening!