Young Thug is not one to play it safe. The ATL rapper turned international figure has always pushed the envelope with lyrics and fashion not intended for the faint of heart.

With a “new name” and new-er wardrobe, Thugger is sitting pretty in blue for his debut album cover No, My Name Is Jeffery. As obscure as the titled is, the context of the project is humble enough to pay homage to the people who inspired the star, including the late gorilla Harambe. 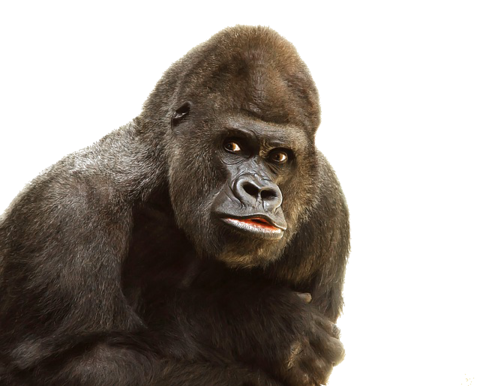 In a world where gender identity is still a touchy subject, Thugger chooses to follow the beat of his own drum, effortlessly rocking clothing originally intended for women and with no hang-ups. In an interview with GQ, he explained why he preferred women’s clothing. “Women’s clothes are [slimmer] than men’s clothes,” Thugger said to GQ last year. “The jeans I got on right now, they’re women’s jeans. But they fit how they’re supposed to fit. Like a rock star. The only thing I probably have in men’s is, like, briefs. T-shirts. Ninety percent of my clothes are women.”

Whether for the fit or the flair, Young Thug has what most artist in 2016 want, everyone’s eyes and ears engaged. For a good laugh, check out some “LOL” worthy memes and the full album here. 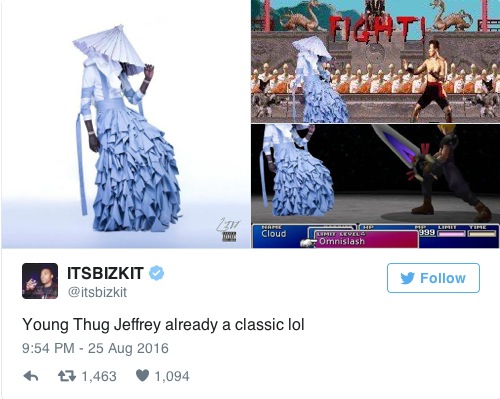 And let's not forget about Young Joc ……. 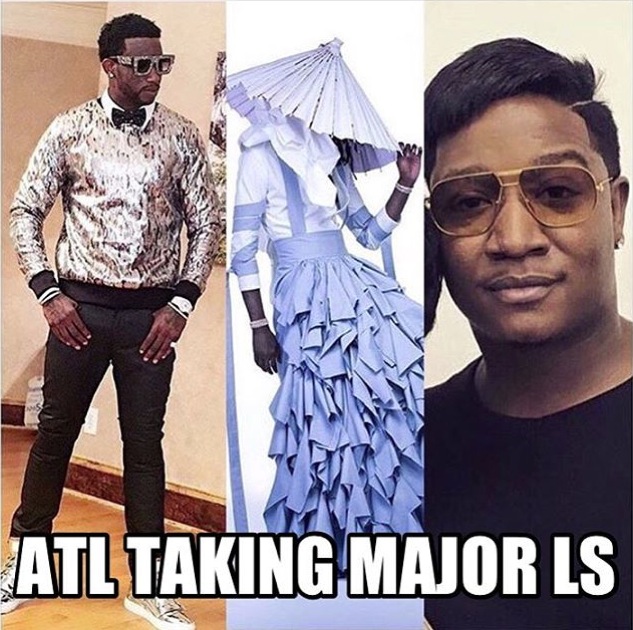 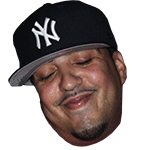 Hearing this record 30 times a day ……