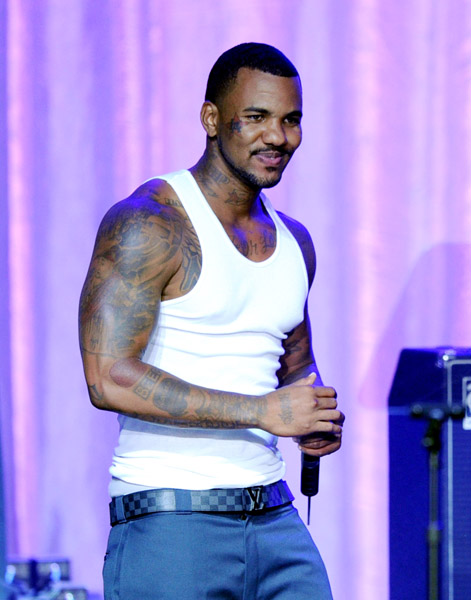 In what may be considered the worst response to an assault and battery lawsuit ever .... The Game has now issued a PUBLIC THREAT to attack his accuser again.

We broke the story ... rapper 40 Glocc filed a lawsuit against Game earlier this month, claiming Game pulled a gun on him outside a house party ... and beat him up. Game later posted the footage of the attack on YouTube.

Game -- who never denies the allegations -- adds, "Called police & a lawyer cuz I beat yo azz. SuperCrip got his cape snatched !!!"

40's lawyers have gotta be lovin' this.

Game is an idiot