EMINEM ANNOUNCES NEW ALBUM IN 2013 THRU A BASEBALL HAT! Some artists wear their hearts on their sleeves. Eminem wears his on his cap.

The "Lose Yourself" rapper announced he'll have a new solo album out next year by featuring the year 2013 without actually making an actual announcement. Instead it was scrawled on the side of a new "Eminem tribute baseball cap" - crafted in honor of his beloved American League winning Detroit Tigers - that went on sale Monday through his online store.

Modeled after the blue-and-white baseball cap worn by his hometown team, the hat features a backwards E in the same script and shape of the team's trademark D. 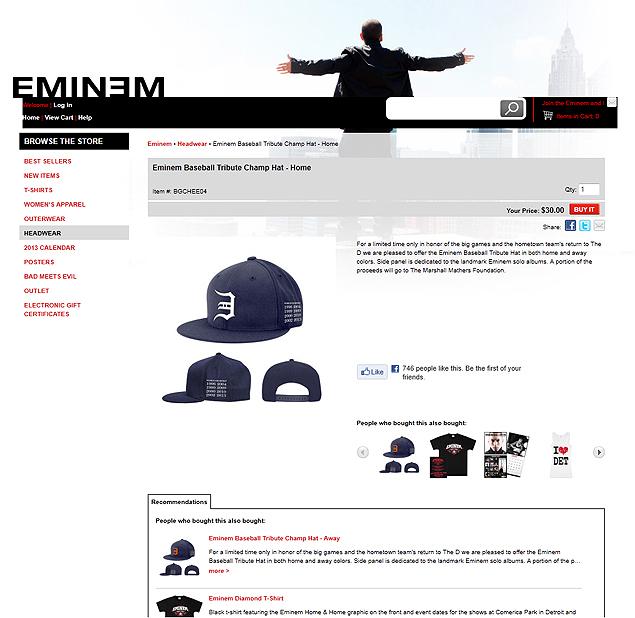 It may provide some measure of consolation for the city of Detroit, which just watched its beloved baseball team routed by the San Francisco Giants in the World Series.