THE DIRTY HAMSTER ANGELINA GETS ATTACKED AT A STATEN ISLAND MALL! 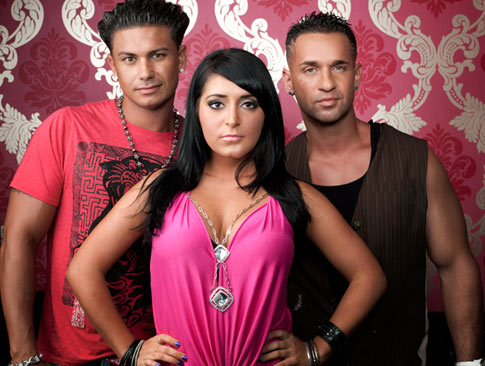 The Villainess of reality show "Jersey Shore" was attacked inside the Staten Island Mall Friday, cops said.
Angelina Pivarnick, 24, was with her pal, Janina Vaiana, 27, inside a Hot Topic at the New Springville shopping center when a large group approached the two about 3:15 p.m., sources said.

A scuffle broke out and the self-proclaimed "Kim Kardashian of Staten Island" was punched on the back of her head, she told police.

The on-again, off-again reality star and her friend, who was hit with a bottle, refused medical treatment, and no charges were filed.