"Vincent Herbert is having a baby and his whore decided to let me know about it tonight!! That stupid broke a-- whore should check public records on Christmas before she goes through with it!!" Braxton reportedly wrote. The post has since been deleted, but the account Baller Alert shared a screenshot. 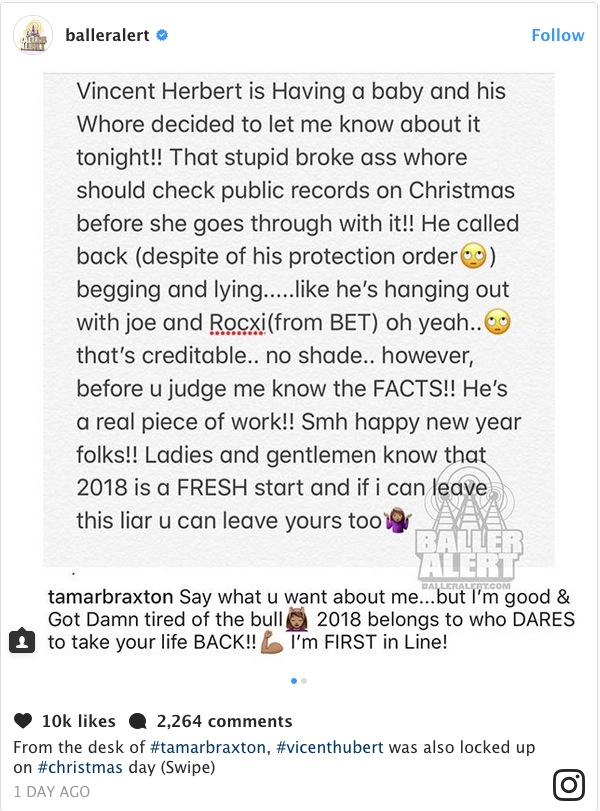 The "public records" Braxton, 40, referenced is Herbert's domestic battery charge; he was reportedly arrested on Christmas Day and later released on a $20,000 bail. 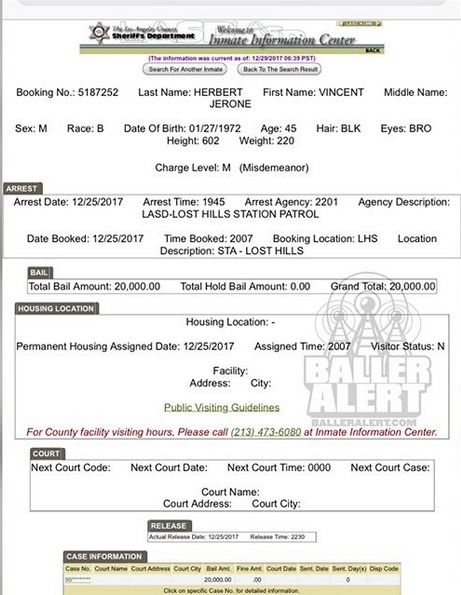 "Before (you) judge me know the FACTS!! He's a real piece of work!! (Shaking my head) happy new year folks!! Ladies and gentlemen know that 2018 is a FRESH start and if I can leave this liar u can leave yours too," she wrote.

Despite Herbert's charge, Braxton said their Christmas Day altercation never escalated into anything physical, and was instead triggered by "a few drinks and some jealousy."

"Co-parenting while going through a divorce is not an easy task… Things got a bit out of hand, which is common for most families during the holidays. In the midst of everything our family is going through things got heated and a bit exaggerated," she told TMZ.

"There was no physical interaction between Vince and I on Christmas. While I do not appreciate his lack of respect for our family and him allegedly impregnating another woman, I cannot paint him as a vicious abuser that Vince is not."

The two appeared to be on good terms Friday, when Braxton reportedly shared an Instagram Story video in which she called Herbert her "best friend" and said she "will always love him."

Braxton and Herbert split in October after almost nine years of marriage. They share a 4-year-old son, Logan.