T-Pain's Niece Stabbed To Death At Her Job 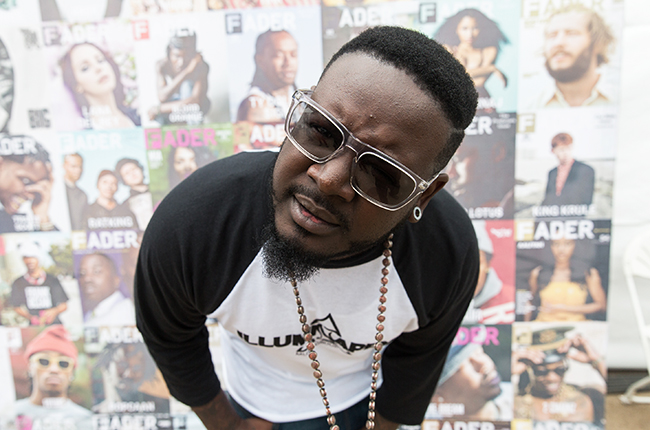 A grieving T-Pain is asking fans to help find the "coward" who killed his niece outside a Florida Walgreens on Tuesday morning.

Javona Glover, 23, was stabbed to death outside the West Tallahassee drug store and police have issued an arrest warrant for 25-year-old, Tavon Q. Jackson, who fled the scene after the senseless killing, officials said.

Glover worked at the pharmacy and leaves behind a two-year-old baby girl. She died shortly after officers arrived at the scene, Tallahassee police said in a statement. 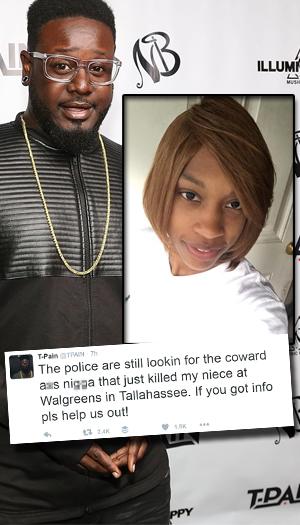 Jackson's whereabouts are still unknown and police released three photos of him inside Walgreens.

"The police are still lookin for the coward ass n----- that just killed my niece at Walgreens in Tallahassee. If you got info pls help out," the rapper tweeted The Grammy-winning artist, born Faheem Rashad Najm, hails from Tallahassee and his stage name stands for "Tallahassee Pain."

The 30-year-old rapper thanked fans for their support and begged media outlets to "leave my family the f--- alone."

The "Up Down" singer also shared a caption-less selfie of his cousin, simply adding the emojis for peace, heart and praying hands.

He later shared a link to a local story about Glover's death and posted an image to his Instagram account of her suspected killer. 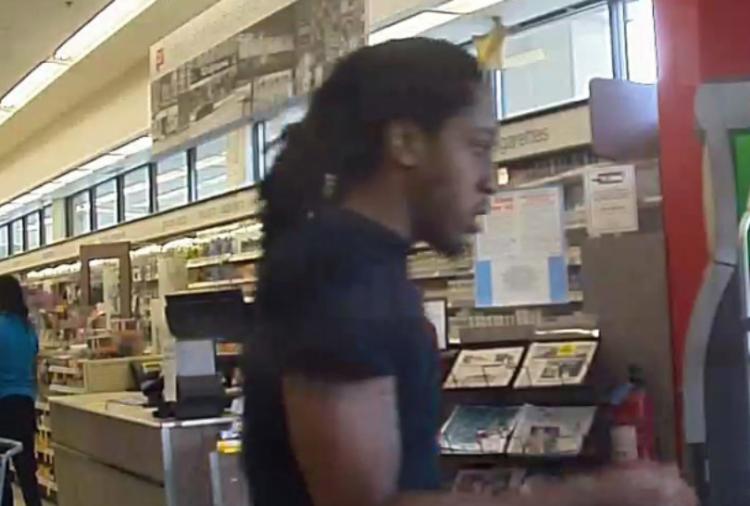 "I knew Javona from my being a frequent customer at Walgreens. She was the sweetest little girl and always had a smile and a kind, helpful personality," a mourner named Tom Griffith wrote. "It was a true pleasure to see her when I entered." 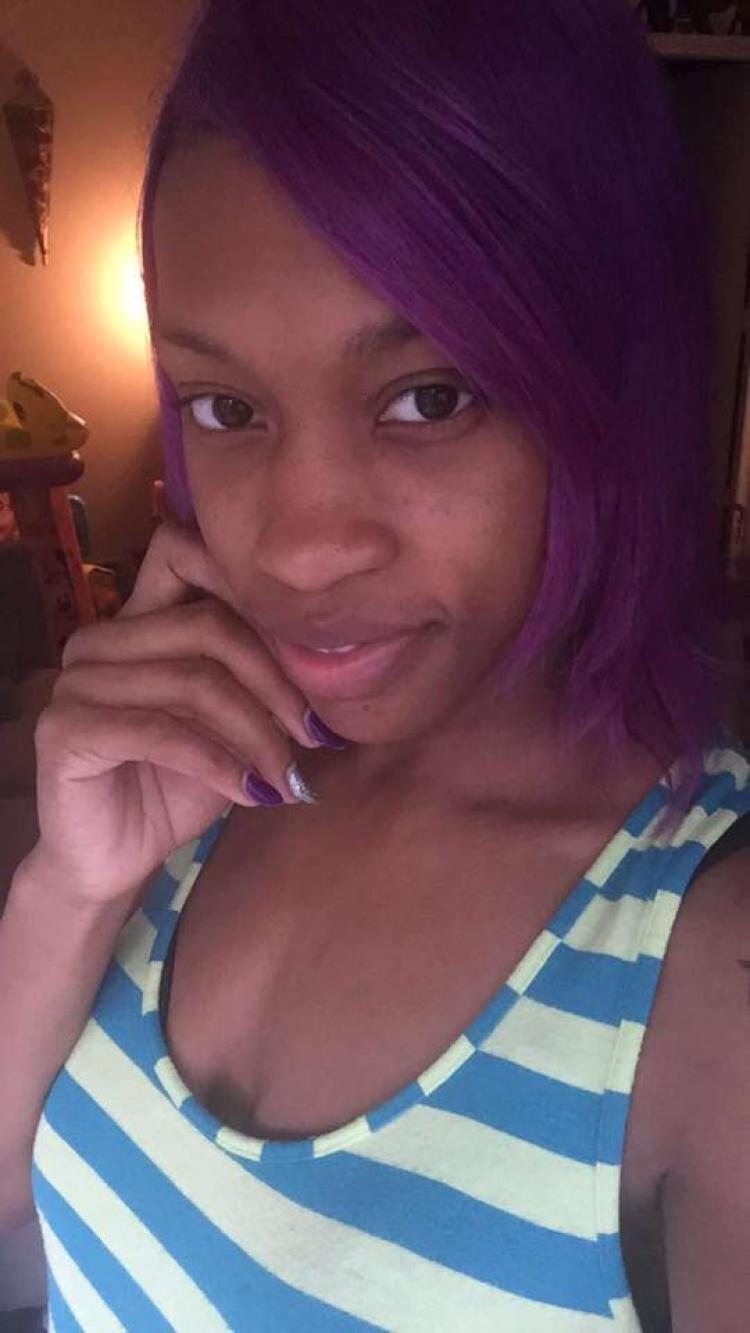