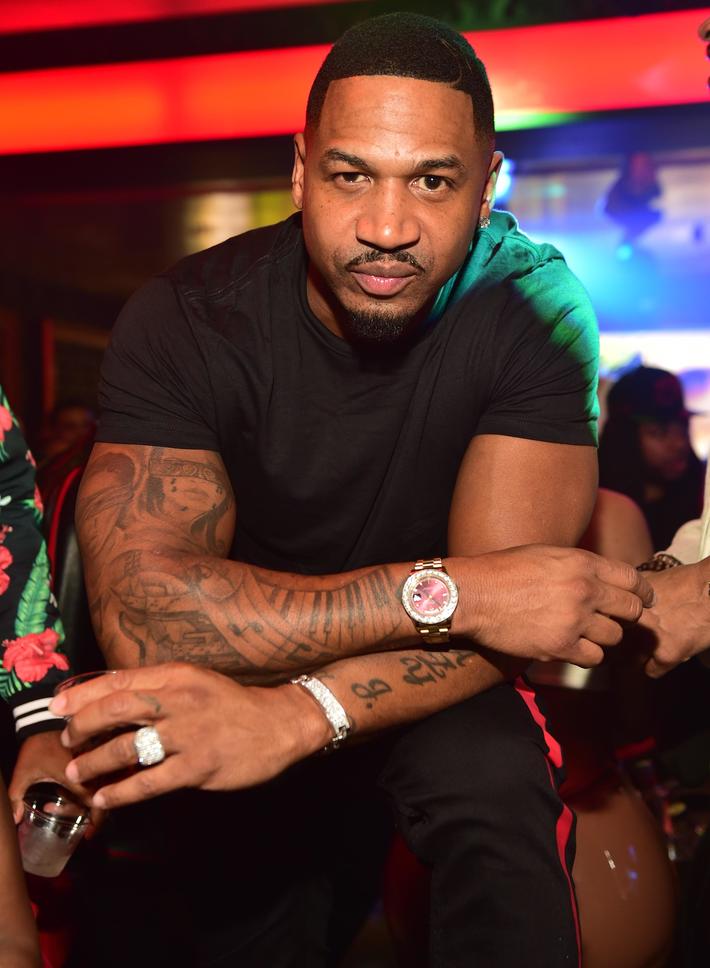 “Love and Hip Hop: Atlanta” star Stevie J is again being taken to task for his parenting.

The 47-year-old, who nearly went to jail in 2017 for failing to pay $1.3 million in child support, was called out by his ex Mimi Faust’s current girlfriend, basketball player Ty Young, in a series of heated comments on Instagram earlier this week.

After Young posted a picture of herself with Stevie J’s daughter, 10 year old Eva, the hip-hop producer responded, “Y’all should adopt.”

The comment set Young off, who retorted, “Adopt Eva? Yeah she did say I’m like Mommy #2…So you mad because you left your family years ago and now your baby mama #4 and daughter are loved??!! Be mad if I’m mistreating your daughter not mad because she’s loved and getting the attention she needs as a child.”

She also called Stevie J. an “Instagram daddy” who only spends time with his daughter “when you have to film for TV like you been doing.”

Stevie J. tried to say it had all been a misunderstanding and that he meant the comment in a good way. He also stressed that no one should question his love for any of his children, writing, “never ever speak on my daughter again. I love all my children & they love me. Stevie Wonder can see that.”

Young wasn’t having it, though, responding, “You came to be shady. Don’t try to act innocent now. Yes they love you of course but what does love have to do with time being spent? She loves me too. Like I said you’re an Instagram dad. Be a dad in real life and it won’t be any issues.”

It was at that point that Stevie J.’s ex Joseline Hernandez showed up to slam the reality star for not seeing their daughter, 2 year old Bonnie Bella, since he married Faith Evans last summer.

“And not to mention, he has not seen Bonnie Bella for 1 year,” Hernandez wrote. “Faith Evans pays her child support. And he did not buy anything or call Bonnie Bella for her birthday. But maybe one day he will change.”