SO WHAT? JAY Z, BEYONCE & RIHANNA ALL BOYCOTTED THE BET AWARDS BECAUSE THEY ALLOWED CHRIS BROWN TO PERFORM! 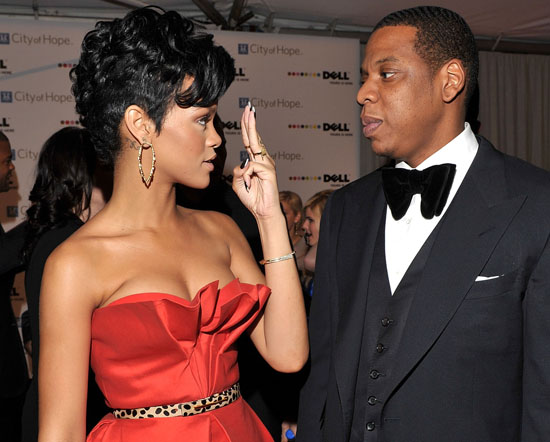 MediaTaeOut.com just got an INTERESTING piece of information - Jay Z, Rihanna and Beyonce were all INVITED to perform at the BET Awards. And according to our snitch they all said NO when they learned that Chris Brown would be performing.
The insider told MediaTakeOut.com,"Rihanna and Jay have tours coming up that they are having trouble selling - of course they needed the exposure." But the insider continued, "It was a matter of principal, if BET was willing to support Chris after what he did - that was THEIR BUSINESS. But [Rihanna Jay and Bey] were not going to have ANYTHING to do with the show."

And not having any of the BIG THREE on the show was a problem. According to Nielsen, this years BET Awards drew 15% fewer viewers than last years.