BUSTA RHYMES GOT A REAL PROBLEM IN THE STREETS? 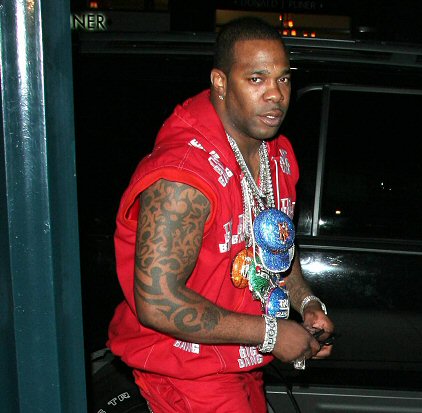 OH BOY! I missed this one or maybe I am just late, but Busta Rhymes was involved in some sort of infraction at a party surrounding the BET Awards. This happened at Mr. Chow's or some swanky restaurant. Anyway, whatever happened, happened. Some people are saying that Busta hit a woman over the head with a bottle, but some AHH sources are telling us that he actually threw a glass bottle to the woman. Striking her? Not sure. Here is the other side. I am hearing that the woman in question is the lady of a big time Crip in Los Angeles. From what I understand and hear, Busta may have a real issue right now. The "streets" are saying that Busta is going to need to squash this or he's not going to be able to have fun in Cali. By illseed