SMH! AMY WINEHOUSE ON THE COVER OF VIBE! 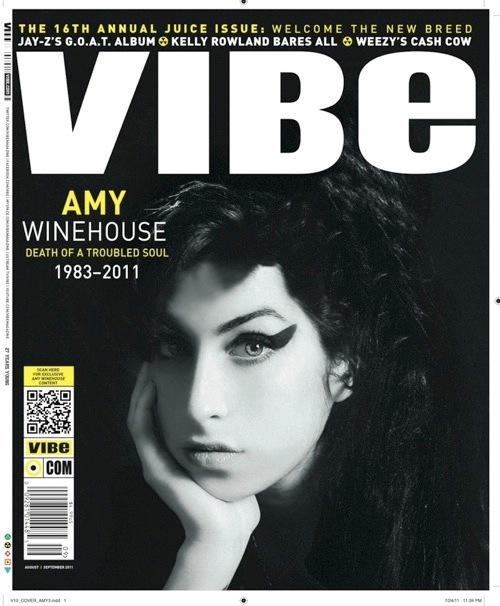 Vibe Magazine is honoring the Late Amy Winehouse in the August/September issue. Editor-in-Chief gave tribute to the late singer as well as reached out to some of the people who knew her best. The issue will feature an interview with Winehouse collaborator and friend Salaam Remi. He produced F*** Me Pumps, Tears Dry On Their Own and Just Friends for the singer. They also interviewed recording artist Janelle Monáe, who toured with Winehouse earlier this year in Brazil. She recounts,

“At our first meeting, she was very shy, a sweet girl. Her first words to me were, ‘It’s so nice to meet you finally. I’m shy; you’re a shy girl like me, huh?’ She was so giving: She even bought me a swimming suit that she thought I’d like.”

If you are worried about not seeing the sexy Kelly Rowland on the cover, don’t despair, you will have your choice of covers this…or you can buy both.

They Don't Love You Until You're Dead!