JAY Z & TIMBALAND GETS SUED FOR $5 MILLION OVER "BIG PIMPIN" 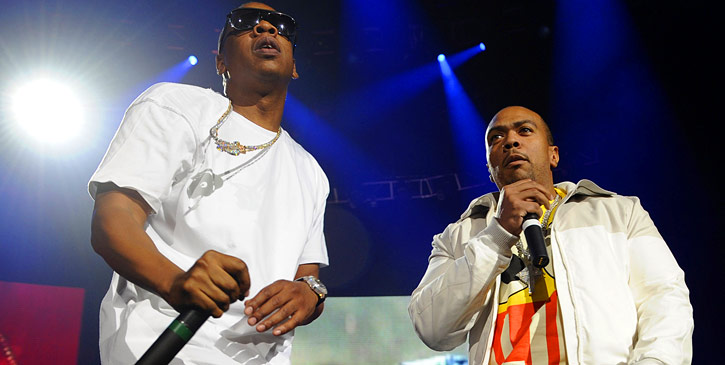 The legal battle over a sample used in Jay-Z's hit single “Big Pimpin'” continues in court, as a lawsuit has been filed against the rapper and producer Timbaland.
Ahab Joseph Nafal filed a $5,000,000 lawsuit on July 23rd in United States District Court, Central District of California.

The lawsuit revolves around the use of the song “Khosara, Khosara,” which Timbaland sampled in Jay-Z's 2000 hit single "Big Pimpin'."

Lawyers argued that "Khosara, "Khosara" was created in 1957 and was governed by the 1909 Copyright Act and not the 1976 Copyright Act.

The lawsuit was dismissed in 2007, because Nafal failed to join all individuals with rights to the composition in the lawsuit, as the 1909 Act mandates.

In the earlier lawsuit, lawyers for Jay-Z and Timbaland and claimed they received proper sample clearance from representatives of the Baligh Hamdy, the original composer of the song.

In May, a federal judge ruled that the children of Baligh Hamdy were allowed to continue the lawsuit, after it was ruled Jay-Z and Timbaland had only obtained “economic rights” for the song and that Hamdy's other children never granted permission to use the sample.

The amended lawsuit re-asserts claims that Jay-Z and Timbaland failed to receive proper sample clearances or pay the proper royalties on the tune.

Jay-Z is named in the lawsuit along with Roc-A-Fella Records, Def Jam, Warner Music Group, Linkin Park (over a remixed version) and Def Jam.