SMFH! MAN ARRESTED FOR HAVING SEX WITH A INFLATABLE POOL IN PUBLIC! 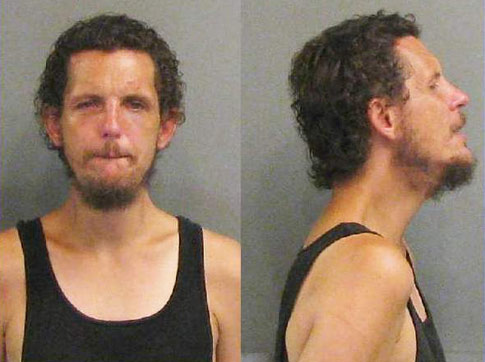 An Ohio man was arrested after he engaged in "sexual conduct" with a pink, inflatable swimming pool raft in public, police said.

Edwin Charles Tobergta, 32, was taken into custody and charged with public indecency, the Cincinnati Enquirer reported on Wednesday.

Cops were called to Tobergta's Hamilton home on Sunday after the owner of the raft spotted the man taking off with his pool accessory.

"The witness stated the defendant appeared to be having sex with the raft due to the fact that his pants were down around his ankles," cops said in the police report.

Tobergta - who has been arrested nearly half a dozen times for similar offenses - admitted to the crime and asked for help.

His grandmother told the newspaper that Tobergta has attention deficit disorder and has a history of abusing his medication.

"He has a lot of mental problems and he's always had a fascination for plastic," said Linda Tobergta. "That's just it. That's all of it. We never could get the proper care for Edwin. It's like nobody cares."

TIMES IS HARD & HE COULDN'T AFFORD A BLOW UP DOLL SO HE GOT THE NEXT BEST THING! IT'S ALL THE SAME WHEN YOU CLOSE YOUR EYES!