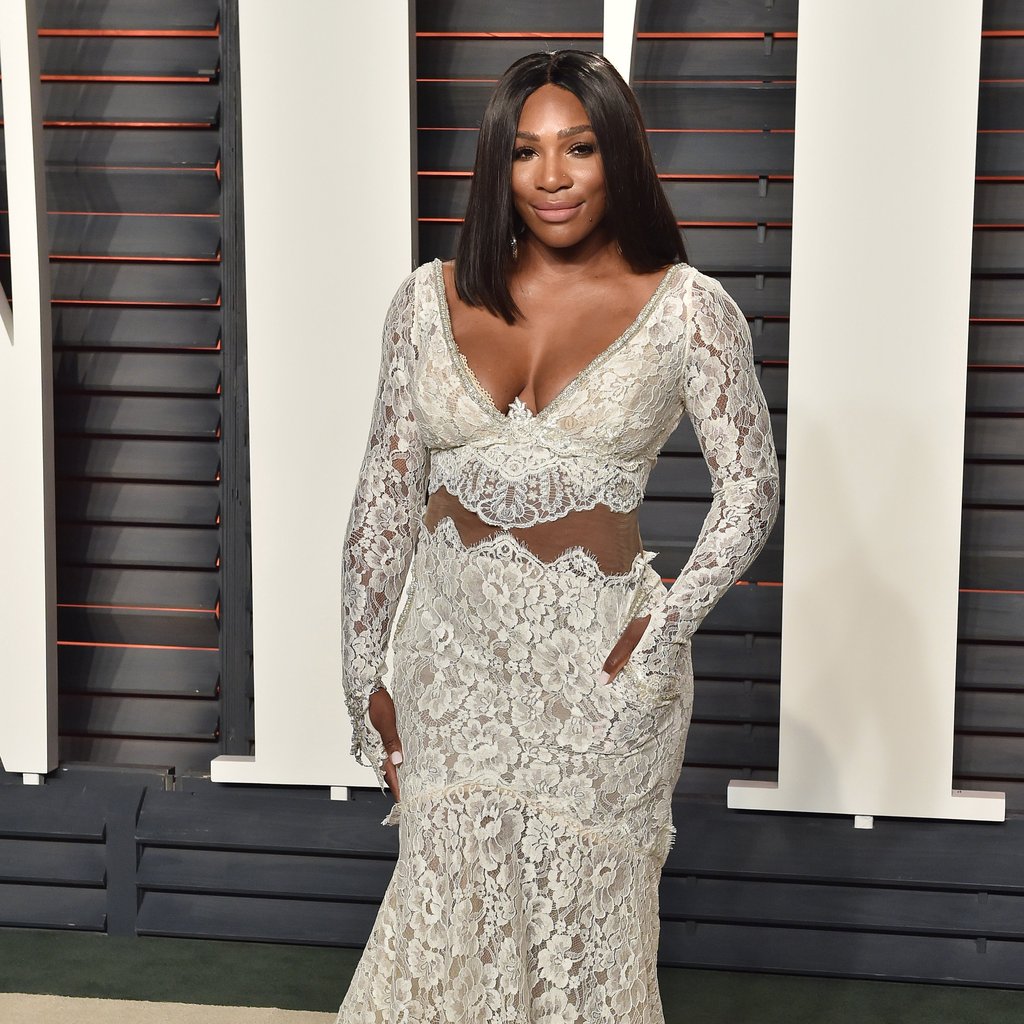 Powerhouse tennis superstar Serena Williams, arguably the best female player to ever wield a racket, listed her multi-acre estate deep in the poshly rustic Stone Canyon area of LA’s Bel Air with an asking price of $11.995 million. The 36-year-old 23-time Grand Slam singles title winner, who gave birth to her first child in September and, hence, was on hiatus for much of 2017 while pregnant, has owned the gated spread since early 2006 when she bought it for $6.612 million. Built in 1935 but since updated in a fashion that retained only some of its original architectural characteristics, the baby blue mansion is hidden behind a tall, meticulously clipped hedge on 2.7 gated acres with six bedrooms and seven bathrooms in 6,101-square-feet.

A long, vine-draped colonnade connects the gated motor court and prominently sited three-car garage to the double front doors that open into an unexpectedly narrow entrance hall with gleaming white marble flooring that continues throughout much of the main floor including the vast, semi-circular living room that’s lined with transom-topped French doors that open to verdant gardens. A separate formal dining room opens to the gardens through French doors set into a bay window and the kitchen offers slab marble countertops on cherry-toned wood cabinets, an expensive array of up-to-date commercial-style stainless steel appliances and an adjoining breakfast room lined on three sides with windows and French doors.

One of the main floor bedrooms appears to have been converted to a fitness room while the second floor master suite, painted a girlish shade of blush pink, has French doors to a Juliet balcony and a marble-floored and brass-fixtured bathroom with a double-sink vanity, a steam shower and claw-footed tub set into a window-lined bay under a gold-beaded chandelier.

Somewhat surprisingly, the tree-shaded grounds do not have a tennis court — apparently Williams prefers not to bring her work home — but do offer expansive lawns bordered by clipped boxwood hedges, private hiking trails carved into the steep hillside behind the house, a dark bottom swimming pool surrounded by a flagstone terrace and an open-air cabana with outdoor fireplace.

Williams, who has earned close to $100 million in prize money over her 15+ year professional career not to mention many tens of millions more in lucrative endorsement deals, has long maintained an apartment in Paris — she speaks near fluent French — and her stateside holdings include a 5,842-square-foot residence in Palm Beach Gardens, Fla., she picked up in May 2015 for $2.5 million and a 2.4-acre vacant estate parcel in the prestigious Bears Club enclave in Jupiter, Fla., she snagged in early 2014 for $4.125 million.

In 2015, Williams and her older sister Venus Williams, a tennis legend in her own right with seven Grand Slam titles of her own, sold a 1,800-square-foot loft condo they co-owned in Midtown Manhattan, NY, for $2.1 million to DeflateGate investigator Ted Wells and property records indicate an almost 8,500-square-foot mansion on a golf course in Palm Beach Gardens, Fla., the sisters purchased together in the late 1990s for $525,000 is now owed in its entirety by Venus.

So the sports stories go, the entrepreneurial tennis great, who sells a line of eponymous athleisure wear on HSN, plans to relocate at least part-time to San Francisco with her Reddit co-founder fiancée Alexis Ohanian — rumor has it they’re planning a New Orleans wedding — who just last month sold a four-bedroom and 2.5-bathroom condo in a two-unit vintage Victorian near San Francisco’s Alamo Square for $2.215 million.