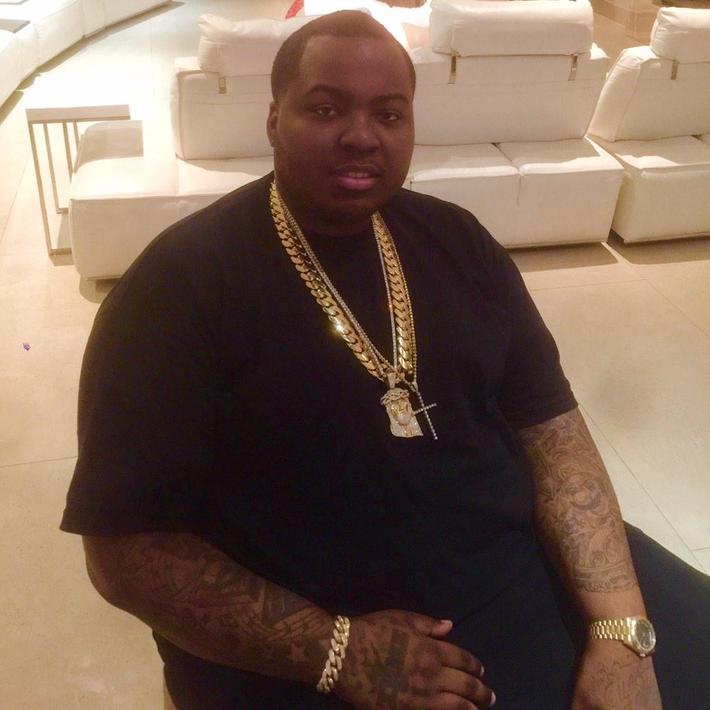 Sean Kingston had a recent run-in with the cops.

The incident happened on Saturday night (Feb. 8) at Dino's Chicken & Burgers in Los Angeles. According to TMZ, police arrived on the scene around 8:15 p.m. after someone called in and reported that a male in the area was brandishing a gun.

Video of the incident, taken by a bystander inside the restaurant, shows Kingston seemingly being ordered out of the passenger side of a white vehicle. He emerges with his arms raised.

Later in the clip, another man is ordered out of the car and forced to lay on the ground with his arms outstretched. A handcuffed Kingston is later seen being hauled off by police officers.

According to the celebrity news site, Kingston and several other people were questioned on the scene and eventually released.

Eyewitnesses on the scene told TMZ there was another aspect to the incident.

Kingston's car was reportedly blocking the exit out of the parking lot, which upset people dining in the establishment. The singer also reportedly became angered and began throwing ice at the restaurant window frightening those eating.