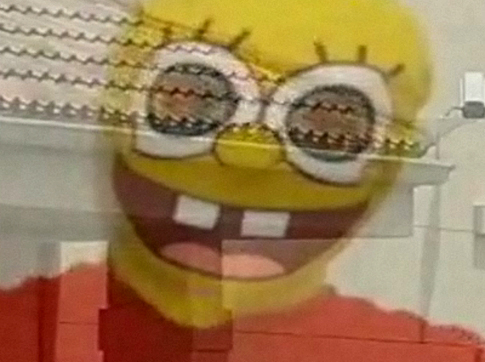 Who lives in a pineapple under the sea?

A man wanted for armed robbery.

A crook dressed as cartoon character Spongebob Squarepants, along with another man, held up a 7-11 near Orlando, WPBF-TV reported.

"It's not unusual for criminals to distinguish their identitiy," Osceola County Sheriff's spokesman Twis Lizasuain told the television station. "It is unusual he would use that particular character."

The pair escaped with a drawer full of cash, and fired several shots, but no one was injured, according to the report.

While wearing a complete Spongebob costume might be rare during robberies, it's not the first time a Sandy Bottom-wannabe resident has gotten in trouble.

In July, a man wearing Spongebob Squarepants pajama pants held up a dollar store in Houston. And in 2003, a 12-year-old was busted trying to rob a bank of $30,000. Cops thought they were dealing with an adult criminal until they looked down – and saw Spongebob socks, the Daily News reported at the time.